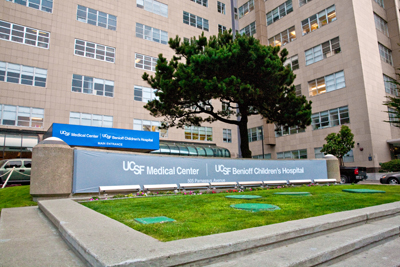 How patients are transferred, or “handed off” between medical providers can have a major impact on medical errors. National data suggest that up to 70 percent of the most serious errors in hospitals are due at least partially from miscommunications, including those that occur during the transition of care.

In response to mounting evidence that these events often could be prevented, the UCSF Benioff Children’s Hospital is participating in the nine-center I-PASS study to determine how to best teach residents how to hand off pediatric patients properly to reduce errors. The I-PASS initiative was developed at Boston Children's Hospital, and is supported by a $3 million grant from the US Department of Health and Human Services.

Currently, there is no national standard for the transition of care of patients. Hospital hand-offs occur upon admission, at shift changes, before and after procedures, upon unit changes, and at discharge. Most residents are never taught how to hand off patients, but simply learn it by observing senior residents without any formal protocol. 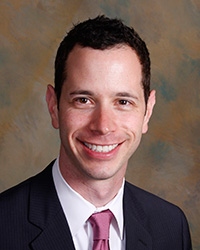 “This new handoff curriculum has been developed, and because of it we now have measures to document that our residents are acquiring these new skills,” said Glenn Rosenbluth, MD, the I-PASS site director at UCSF and director of Quality and Safety Programs for the UCSF School of Medicine’s Graduate Medical Education team. “It is really unique as an NIH [National Institutes of Health]- funded study, in that we put together a combination of health service researchers, medical educators and clinicians all collaborating to increase patient safety.”

The I-PASS protocol provides a framework for the patient handoff process, and stands for:

During an I-PASS handoff, the “giver” of the patient first communicates key information to the “receiver,” starting with an assessment of the patient’s illness severity, for example whether a patient is medically stable, needs to be watched or is medically unstable. Then the giver shares a standard patient summary and an action list of to-do items that need to be accomplished while under the receiver’s care. This is supplemented with “situation awareness” in the form of contingency plans, which are if-then statements to prepare the receiver for what might happen. Finally, the receiver synthesizes information and says it back to the giver, a step that according to Rosenbluth rarely happened before implementing this new model.

“That second ‘S’ in I-PASS is very important because it helps build a shared mental model which ensures the giver and receiver are mentally on the same page,” he said.

Now that it is part of the curriculum it has become a standard of care for these transitions.

The new curriculum, which was developed by a team of educators from nine residency programs across North America, was taught through a variety of workshops integrating role plays and simulations designed to effectively teach the handoffs. Additionally, a visual ad campaign with posters and screen frames about the curriculum was launched in the children’s hospital.

UCSF completed data collection in early June, and though the formal analysis is not complete, it was already found in the pilot study that residents spent more time with patients after they learned how to hand off.

“We had a research assistant doing time motion studies following a resident around for 12 hours straight and logging how he spent his time, whether it was interacting with patients, on the computer or doing something else,” said Rosenbluth.

“The pilot study demonstrated that having a more streamlined and efficient way to hand off patients freed up residents to spend more time interacting with the patients, and, more importantly, there were fewer medical errors,” he said.

Analysis will begin once the final I-PASS center completes its data collection in April 2013.