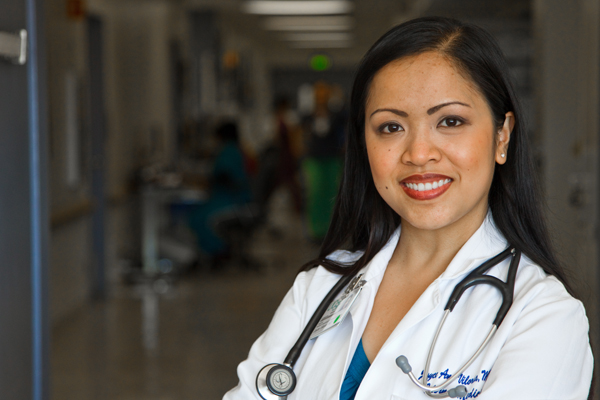 The Institute of Medicine (IOM), the health arm of the National Academy of Sciences, is convening a new ad hoc committee to conduct an independent review of the system and make recommendations on how to better produce a medical workforce for the 21st century.

Kathy Dracup, RN, PhD, dean emeritus of the UCSF School of Nursing, is one of 21 IOM members appointed to the Committee on Governance and Financing of Graduate Medical Education, which will hold its first meeting on September 4 in Washington, DC.

Dracup joins dozens of UCSF scientists and scholars who have served the nation by advising leaders on health policy and scientific research at national institutions. (See UCSF Goes to Washington)

At issue before the IOM committee is how federal funding, including more than $9 billion from Medicare last year, is spent on graduate medical education.

WHAT IS GRADUATE MEDICAL EDUCATION (GME)?

GME is the second phase of the formal educational process that prepares doctors for medical practice. It typically takes at least 11 years beyond high school to educate physicians before they will practice independently — four years for a bachelor’s degree, four years for medical school and three to seven years for residency (GME). Medical residents train at teaching hospitals such as UC academic medical centers, where they receive supervised, hands-on training in clinical specialties such as pediatrics or surgery. A residency can be followed by a fellowship, during which time a physician receives subspecialty training.

The review comes as the Association of American Medical Colleges projects a shortage of 45,000 primary care physicians and 46,000 surgeons and specialists by 2020. Medical schools have increased enrollments over the last six years, but the number of federally funded residency training positions has been frozen since 1997.

“We’re going to be looking at the data, at the health care needs of this country,” Dracup said. “If the federal government is going to support the education of medical professionals, where should that money be distributed and how should it be distributed?”

The IOM established the committee at the request of a bipartisan group of seven US senators who were prompted by calls for review from influential health policy organizations, including the Medicare Payment Advisory Council (MedPAC), the Josiah Macy Jr. Foundation and the Association of Academic Health Centers. The institute then brought together a panel that included UCSF’s Associate Dean of Graduate Medical Education Robert Baron, MD, MS, to outline the issues that the committee would evaluate.

Among the issues that the educational system must adapt to are a rapidly aging and increasingly diverse patient population, the growing prevalence of disability and chronic disease, and new health care innovations, the panel found. The committee will be tasked with reviewing the current number of residents and graduate medical education slots against the number needed to address those issues.

“First, are the hospitals getting paid the right amount of money and producing residents who have the right skills for practicing in the 21st century? And second, do we have the right workforce mix to meet the needs of the public?” are among the questions to be answered, Baron said.

The financial debate focuses on a large pot of federal funds – about $3 billion – dedicated to “patient care payments,” which go toward the higher costs taken on by teaching hospitals to train residents. Hospitals are facing proposed cuts to that funding, while some are calling for greater accountability for the existing funds.

“There’s been a growing concern about whether the money from Medicare, in particular, was being spent appropriately,” Baron explained. “Is there sufficient value for the Medicare money being spent?”

For Dracup – one of only two representatives of nursing on the diverse committee – a major question will be whether more federal funds should be put toward training nurse practitioners to help carry the burden from the projected doctor shortage. The pressure will be even greater with 32 million Americans becoming newly insured under the Affordable Care Act, she noted.

“Graduate medical education funding does go partially for nursing education, and increasingly nurse practitioners are providing care and being forecast to provide more care for the people who are uninsured,” said Dracup, who saw severe cuts to state funding of nursing education while leading the School of Nursing for a decade.

“Nurse practitioners can provide many of the same services that physicians provide, and they provide them just as safely and at lower cost,” she said.

The committee plans to hold five meetings over 18 months before issuing its recommendations.

A total of 89 UCSF faculty members have been elected to the IOM – one of the highest honors in the fields of health and medicine. Election by existing members is a recognition of outstanding professional achievement and commitment to service, and with it, members are appointed to serve on standing committees that range in topics including obesity, family planning and workplace safety, as well as special committees.