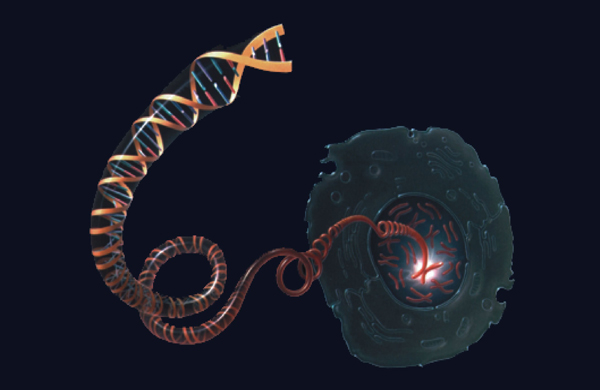 They haven’t cured the common cold yet, but a nationwide “big science” team aims to identify new strategies for orchestrating immune responses to better fight disease.

It’s called the Immunological Genome Project, a multimillion-dollar endeavor funded by the National Institutes of Health to comprehensively examine the activities of immune cells and their interrelationships. Seven all-star immunologists together with three number-crunching bioinformatics wizards lead the effort.

Vaccination is the best-known and most successful manipulation of the immune system and has been widely available for nearly a century. But immunology still is a frontier of medicine. Major challenges remain when it comes to understanding what the immune system is doing in sickness and in health.

As researchers dig deeper, the picture is becoming more detailed. Previously unknown cell types, undetected molecular signaling pathways and unsuspected roles for immune cells and their secretions have been turning up on a regular basis. Immunology textbooks require frequent rewriting based on these many new discoveries. Project scientists believe that adding genes and bioinformatics to the mix will help them make sense of massive amounts still-accumulating data, and to more quickly find within it the keys to understanding how the immune system is controlled.

All cells in the body possess the same genes. But not all the genes are actively directing the production of the proteins that build and maintain the body and carry out all its functions. Patterns of gene activation — called “expression” — vary among different cell types and guide the cells’ development and function. 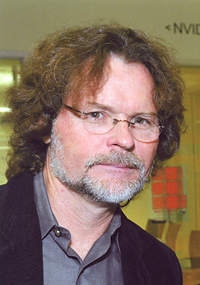 Learning more about which genes are distinctly expressed in specific cell types — and which are switched off or on as the immune system battles particular types of microbial foes — can reveal more about the roles of these immune cells and how they work together in carefully controlled ways, according Lewis Lanier, PhD, one of the leaders of the Immunological Genome Project and the chair of the Department of Microbiology and Immunology at UCSF.

Working with mice, the scientific collaborators are identifying genes that normally are expressed in the different immune cells types in the presence or absence of infection. To do this they measure protein-encoding messenger RNA that arises from transcription of the DNA template of expressed genes.

With new discoveries about the dynamic coordination of immune responses that they expect to emerge from the Immunological Genome Project, the scientists believe it will become easier to identify and develop better ways to start, stop, weaken or strengthen immune responses in acute and chronic infection, inflammation, autoimmune diseases and transplant rejection, Lanier said.

And not only immunologists, but also other biological scientists are interested in the project. For instance, Lanier and colleagues recently discovered a gene that is expressed in natural killer cells that had previously only been known to be expressed in certain cancers, thereby piquing the curiosity of some cancer researchers.

“Interest in the project goes far beyond those of us doing the day-to-day work,” Lanier said. “We launched a smart phone app earlier this year, and it already has been accessed more than 15,000 times.”

Natural Killers of the Immune System 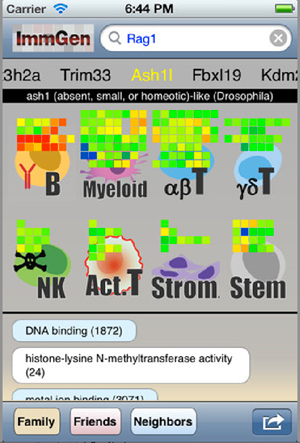 This is a screen capture from the Immunological Genome Project smartphone app.

Before Lanier began studying them three decades ago, natural killer cells were little more than a footnote, thought to be minor form within a class of immune cells called T lymphocytes. Lanier identified a few distinctive markers that define natural killers and their role in early-stage immune responses — killing cells that have been marked for destruction.

More recently he has discovered that natural killers favor particular types of targets — including many pathogens responsible for chronic infections — and that the priming of natural killers, like the priming of antibody-producing B lymphocytes, might be an achievable goal with new vaccination strategies. The hope arises from the Lanier lab team’s discovery that natural killers, which are fast responders when infection strikes, are even more eager when they encounter a pathogen for a second time. Like B lymphocytes and T lymphocytes, they have “memory,” and can ramp up their numbers quickly upon re-exposure to the same cause of infection months or years later. This immune-cell memory is the basis for the efficacy of vaccines.

Project members have begun publishing a series of articles on each of the major immune cell types in Nature Immunology, after completing the painstaking task of establishing reproducible protocols and collecting extensive data on gene activity in more than 200 kinds of cellular sub-types from different stages of development.

The most recent Nature Immunology report, published online on August 19, focuses on natural killers. Lanier and collaborators discovered that everyday gene activity in natural killers is indeed similar to the T lymphocytes with which they were once confounded. Nonetheless, key differences were evident from the patterns of gene expression.  The researchers also looked at gene expression following infection with mouse cytomegalovirus, and now are investigating immune responses against influenza virus infection.

“We found extensive transcriptional differences between natural killers and the other immune cells far beyond the few specific markers we knew about before, although very few genes are uniquely expressed only in natural killers,” Lanier said.

“Resting natural killer cells demonstrate a pre-primed state, unlike naïve T lymphocytes. This allows natural killers to respond more rapidly to viral infection,” he said. In the context of all the other information on gene expression across the immune system, the new discoveries about natural killers should speed the discovery of signaling pathways that activate these key players in the fight against infections and cancer, according to Lanier.

Now the scientists are poised to further their explorations of what happens during infectious disease. The aim is to find out more about how the different branches of the immune system work together with deadly force and efficiency to vanquish microscopic foes smoothly and effectively — and about what goes wrong when they don’t and instead disease-causing pathogens gain the upper hand.

The researchers are discussing which pathogen to use. Considerations include whether the microbe attacks local tissue or acts systemically throughout the body. In the future the group may study chronic infection, environmental toxins, cancer and autoimmunity.

“We want to know how pathogens and other immune challenges affect the entire immune system within the body,” Lanier said. “Nobody has comprehensively addressed the issue.”