The ability for substances to pass through the blood-brain barrier is increased after adult stroke, but not after neonatal stroke, according to a new study the UCSF that will be published July 11 in the Journal of Neuroscience. 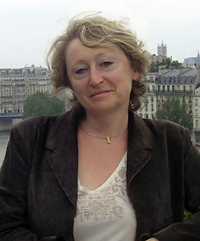 The novel findings may have major implications for drug development and the treatment of neonatal stroke, the researchers said.

The blood-brain barrier is selectively permeable and blocks unwanted molecules from entering into the brain. The selectivity is achieved through fine coordination in function of many transporting systems in endothelial cells, which line the interior of blood vessels, and communication between endothelial cells and several types of cells in the brain. When blood flow in an artery to the brain is blocked by a blood clot, as occurs in arterial stroke, brain energy metabolism is compromised, and ion and other transporting systems malfunction, leading to blood-brain disruption.

The new finding suggests, the researchers said, that drugs used to treat stroke need to be tailored to the specific makeup of the neonate blood-brain barrier.

“How the blood-brain barrier responds to stroke in adults and neonates currently is poorly understood,” said senior author Zinaida Vexler, PhD, director of research at the Neonatal Brain Disorders Center at the Department of Neurology at UCSF.

The study compared vascular responses to injury in an adult arterial stroke model and an age-appropriate model of neonatal arterial stroke using several blood-brain barrier permeability procedures. Injected molecules that remained in blood vessels under normal conditions leaked into the injured tissue of the adult rats, but the same molecules remained in vessels of neonatal injured rats within 24 hours after injury.

Importantly, the vessels remained intact for molecules of various sizes. The study also showed a different composition of several barrier structural proteins in neonates versus adults, as well as a differential response to stroke at both ages, findings that likely are to contribute to the higher resistance of the neonatal blood-brain barrier after stroke. The study also showed age-related differences in communication between circulating white blood cells and the blood-brain barrier. Neutrophils — a subtype of leukocytes — stuck to injured vasculature and entered the adult brain shortly after stroke, releasing toxic molecules and reactive oxidants and producing damage. In contrast, only a few neutrophils were able to enter the injured neonatal brain. However, pharmacological change —in communication of neutrophils with injured vessels in the neonate made injury worse.

“This study is a very critical step towards developing therapeutics, but these findings are a tip of the iceberg and a lot is still to be learned,” said Vexler. “We’re moving to characterize the potential for neonatal repair. Some brain damage can’t be diagnosed early, but might show up later. Now we are experimenting with postponing certain treatments or tweaking some signaling mechanisms to see if we can enhance the capacity of the immature brain to repair itself.”

UCSF Benioff Children’s Hospital creates an environment where children and their families find compassionate care at the forefront of scientific discovery, with more than 150 experts in 50 medical specialties serving patients throughout Northern California and beyond. The hospital admits about 5,000 children each year, including 2,000 babies born in the hospital. For more information, go here.