People with lung cancer who are treated with the drug Tarceva face a daunting uncertainty: although their tumors may initially shrink, it's not a question of whether their cancer will return — it's a question of when. And for far too many, it happens far too soon. 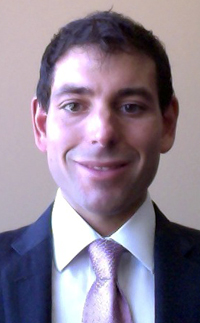 Now, a team of researchers at the University of California, San Francisco's Helen Diller Family Comprehensive Cancer Center has discovered that a human protein called AXL drives resistance to Tarceva, which suggests that blocking the protein may prevent resistance to the cancer drug.

The discovery, described this week in Nature Genetics, may lead to better treatments involving precision medicines that would combine Tarceva with new drugs designed to block AXL.

"If we block AXL activation in the laboratory, we can overcome resistance to Tarceva," said Trever Bivona, MD, PhD, an assistant professor of hematology and oncology. "This paves the way for novel and more effective therapies."

In the experiments, Bivona and his colleagues used an inhibitor of AXL that is not an ideal clinical drug. But now Bivona and his team are working together with Kevan Shokat, PhD, a Howard Hughes Medical Institute Investigator and chair of the UCSF Department of Cellular and Molecular Pharmacology, to develop more potent AXL inhibitors for clinical testing.

Lung cancer is the most common cause of cancer death worldwide. More people die from the disease each year than from breast, colon and prostate cancers combined. It claims more than 150,000 American lives annually and accounts for some 1.4 million deaths around the world. About 85 percent of Americans with all types of lung cancer die within five years of diagnosis.

Most cases result from exposure to cigarette smoke, but other causes include exposure to asbestos, chemicals, environmental factors and genetic susceptibility.

One thing that makes lung cancer so difficult is that it often goes undetected in its early stages because it usually does not cause symptoms. Only about 30 percent of patients in the United States are detected in the earliest stage of the disease, contributing to its low overall survival rate.

Even people who have their cancer detected at the earliest stages, however, face serious odds. Unlike other types of cancer, where early diagnosis has significant survival advantages, some 35 to 45 percent of people with stage I lung cancer die within five years of recurrent disease.

Though treatment varies depending on the type of lung cancer, its stage, and whether it not it has metastasized to regional lymph nodes, standard treatments usually involve surgery or some combination of surgery, radiation therapy and chemotherapy.

Tarceva is one such chemotherapy drug. Also known as erlotinib, the drug is a targeted therapy that works by blocking an enzyme known as epidermal growth factor receptor (EGFR). Bivona and his colleagues discovered that AXL drives resistance to Tarceva by "rescuing" lung cancers from EGFR inhibitor treatment.

AXL, said Bivona, is the sort of molecule known as a kinase, which makes it a valuable target for drug design. Many of the existing targeted cancer drugs on the market, including Tarceva, work by blocking kinases in one form or another.

This work was supported by the National Institutes of Health through grants K08 1K08CA154787 and P01 CA129243. Additional support was provided through a Uniting Against Lung Cancer Research Award, a National Lung Cancer Partnership Young Investigator Award, a grant from the La Caixa Foundation, an American Cancer Society Research Scholar Grant, and a Korean Health Technology R&D Project.