When Boroka Bo enters UCSF in September to pursue a doctorate in sociology, she will arrive with a highly prestigious fellowship and a resume that is unconventional by any measure. 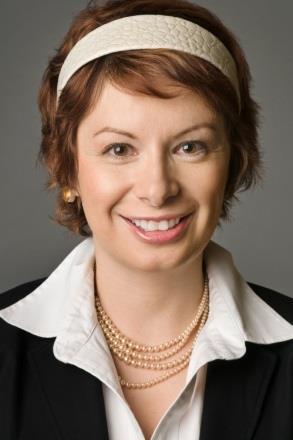 She’ll also bring an unshakable determination to help people who are vulnerable.

“I’m not just interested in those populations as an object. I know what they’re going through. I am one of them,” said Bo, one of 30 recipients of the 2012 Paul & Daisy Soros Fellowships for New Americans. The fellowship provides financial support to students who plan to use their graduate education to contribute back to their communities.

The 31-year-old refugee grew up in the Transylvania region of Romania and came to the United States at age 14. She was granted political asylum as an ethnic Hungarian discriminated against in her homeland. Her family settled in Michigan. After two years, she ran away from her parents and was homeless until she was placed in an orphanage.

She worked nights in high school and full time in college. Bo has been a janitor, night security guard, graphics designer, software tester, herbal pharmacist and apartment manager. She has worked at a bookstore, in factories where she assembled truck injectors and car mirrors, and in a fancy medical spa as a marketer and acupuncturist.

Bo has counseled teenage girls in foster care, coordinated special education in Colorado’s public schools and served as an auditor and credentialing coordinator at a health center at the University of Colorado, where she graduated at the top of her class in May with a BA degree in sociology. That degree is in addition to an MS degree from the Colorado School of Traditional Chinese Medicine.

She is also director of the Transylvania Community Foundation, an international nonprofit she and her sister co-founded in 2009 to aid the region’s minority communities. Bo is especially interested in the Roma, also known as Gypsies, who she’d climb trees with in Romania. They were the focus of her senior thesis, a content analysis of European countries’ official policies toward the Roma minority group.

“I think it’s important in general to make a difference,” said Bo, who is interested in the aged as well. “Why else are we alive?

She was accepted at Ivy League schools, but chose UCSF because it had the right balance of academic and social engagement.

“Academia has a tendency to be detached from the world,” Bo said. “I want my research to be relevant. I don’t want to sit in a room with dusty books. And I love the collaboration between the different schools.”

She’s part of a select group of Soros fellowship recipients, chosen from more than 850 applicants, and she has received a fellowship package worth about $90,000 plus. Bo is worlds removed from the empty store shelves and near-starvation of her youth, when her diet consisted mainly of potatoes, onions, apples and carrots.

“I remember the bread lines,” Bo said. “I was the one, from the ages of 5 to 8, who had to get up at 4 a.m. to stand in line and get one piece of bread for the whole family. I was really small. I had to push through the adults, and I remember being pinched and kicked.”

It made Bo a go-getter and someone unfazed by stress and the unknown.

“You might as well embrace uncertainty because that’s the only certain thing. When I visit a strange city, I never use a map. I just start walking,” said Bo, who returned to Romania in 2008 and hitchhiked to reacquaint herself with her country.

When she arrives to UCSF this fall, Bo will be in the good company of accomplished students and scholars who come from around the world to pursue health sciences careers at the University.

“I am thrilled that Boroka has chosen to pursue her PhD degree in medical sociology at UCSF,” said Graduate Division Dean Elizabeth Watkins, PhD, a professor in history of health sciences at UCSF. “She is a shining example of the talented students who come to UCSF, and she will be a most welcome addition to our diverse community of trainees. I am especially proud of our medical sociology program and its commitment to diversity and excellence.”

“She was an undergrad presenting with three professors and she truly held her own,” said Dworkin, PhD, MS, an associate professor and vice chair in social and behavioral sciences at UCSF. “She truly looks at things in a different light. She has a voracious appetite for intellectual knowledge, and an incredible sense of gratitude to the United States and its social institutions.”

Bo, who wants to become a college professor, enjoys snowboarding, riding her motorcycle, reading and painting. When she gets really stressed, she makes jewelry. She’s looking forward to surfing and ocean kayaking after she gets to the Bay Area.

"Our readers and interview panels were extremely impressed by Boroka's extraordinary ability to find effective strategies for building an impressive academic record, notwithstanding the incredible challenges she faced as a teen, the absence of family support, and the need to make it on her own financially,” said Stanley Heginbotham, director of the Paul & Daily Soros Fellowships for New Americans.

“She has found an exciting graduate program at UCSF where her training will build on her personal experiences and lead, we feel confident, to exciting new perspectives on her research and teaching,” he added.