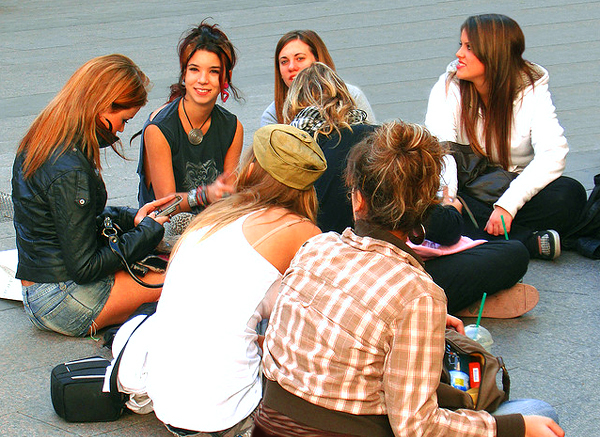 The brains of adolescents who smoke as little as two cigarettes a day respond to images of smoking as do the brains of heavily addicted adult smokers: with pleasure.

A study by UCSF’s  Mark Rubinstein, MD, finds that the threshold for nicotine addiction in teenagers might be much lower than is commonly believed.

“Most smoking cessation programs require that you smoke at least ten cigarettes per day,” says Rubinstein, associate professor and adolescent medicine specialist in the Department of Pediatrics at UCSF’s School of Medicine. “Below five [cigarettes per day], it’s very controversial as to whether you are even addicted, even if you are smoking daily.”

For the study, which was supported by an award from the Strategic Opportunities Support (SOS) program of UCSF’s Clinical and Translational Science Institute (CTSI), Rubinstein recruited a group of teenagers who smoked fewer than five cigarettes per day, and a matched group of adolescent non-smokers.

He used functional magnetic resonance imaging to monitor which regions of the teenagers’ brains were activated when viewing a random assortment of smoking imagery — someone holding a cigarette, for example — and neutral imagery — someone holding a pen. Rubinstein focused on the mesolimbic dopamine system, a network of neural pathways involved with pleasure, reward, and addiction.

“We know that when people become addicted to any kind of drug, the visual cues or images of those drugs can provoke a dopamine response similar to that invoked by using the drug itself,” explains Rubinstein. This response is known as  cue reactivity.

When the young smokers viewed the images of smoking, but not the neutral images, their brains “lit up” in many of the same dopamine-releasing regions that light up in adult heavy smokers, he said. The non-smoking teens showed no difference in their responses.

“This suggests that even at this early stage, the smokers are already demonstrating cue reactivity in the brain, which probably represents developmental changes from repeated smoking,” says Rubinstein.

The results are significant, he adds, “because it has been shown that people who begin smoking in adolescence are more likely to become lifelong smokers than people who start smoking later in life.”

Rubinstein is already translating his findings into clinical practice. “I have definitely used this information in my smoking cessation discussions with teens — trying to get them to postpone initiation and experimentation with smoking.” He says that in treating adolescents for nicotine addiction, “I have gone down to five cigarettes per day as a threshold for treatment, and I am in talks to go below five per day.”

Rubinstein’s goal: “Catch adolescent smoking addiction before it is established, and nip it in the bud.”

CTSI is a member of the National Institutes of Health-funded Clinical and Translational Science Awards network focusing on accelerating research to improve health. The Institute provides services for researchers at every stage and promotes online collaboration and networking through UCSF Profiles.