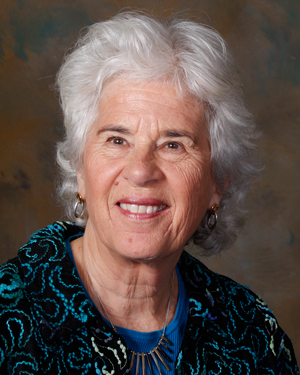 “I should have known better,’’ she says. “I did know better, but I couldn’t stop myself.’’

Harris was just 12 years old when she lit her first cigarette. By the time she was in college she was up to a pack a day. She smoked for nearly two decades, tried to quit scores of times before finally succeeding. More than many, she understands the complex dynamics rooted in smoking, understands the compulsion and the shame and the self-deception that shroud the lives of smokers.

Harris is the co-founder and director of the UCSF Fontana Tobacco Treatment Center, which offers comprehensive smoking cessation classes and relapse prevention support.

The Fontana center was named this year in memory of San Francisco resident Jeanne Fontana, who bestowed a $2.3 million gift.  Fontana had unsuccessfully tried numerous other programs when she signed up for classes at UCSF in 2007. She was 61, and afflicted with smoking related-diseases requiring her to carry an oxygen tank. After her first set of classes, Fontana threw away her cigarettes, and in gratitude named the center as one of her beneficiaries. She had a brief relapse, but when Fontana died in 2009, she had been tobacco free for a year.

“My desire is to have the program continue to provide the help that I received to as many people as possible,’’ Fontana wrote in her trust.

While tobacco use is the single largest preventable cause of disease and premature death in the United States, smoking has become far less prevalent in the country in recent years, in part because of anti-tobacco campaigns and a general push toward better health, says Stanton A. Glantz, PhD, director of the Center for Tobacco Control Research and Education. The center’s faculty members are affiliated with the UCSF Helen Diller Family Comprehensive Cancer Center.

“Currently, in California, about 12 percent of the population smokes,’’ Glantz says, “with two-thirds of them being light smokers.’’

For social smokers as well as heavy smokers, it can be a daunting challenge to halt an entrenched addiction. Some are afraid to stop — they’ve smoked so long. Some are ashamed to reach out for help until they’re sick. And some simply believe they can quit whenever they like.

Sometimes the tools work, but historically smoking cessation efforts have fairly low success rates, according to the American Cancer Society. “More than 70 percent of adult smokers say they want to quit, but without help, fewer than 5 percent succeed…it takes the average person 7 to 10 quit attempts to quit for good.’’

According to various studies in medical journals, “About 25 percent of smokers who use medicines can stay smoke-free for over six months,’’ reports the American Cancer Society. “Counseling and other types of emotional support can boost success rates higher than medicines alone. There is also early evidence that combining some medicines may work better than using a single drug. Behavioral and support therapies may increase success rates even further, and help the person stay smoke-free.’’

The Fontana center’s success rate: 43 percent to 47 percent of participants remain smoke-free after one year.

“That’s significantly higher than most other programs,’’ Harris notes.

Unlike some smoking-cessation programs, the Fontana center is based not on fear or judgment, but on respect for the smoker and on a mutual desire to halt the addiction.

“Some smokers have experienced programs where they felt shamed or chastised,’’ says Harris, who founded the center in 1999 with Paul Brunetta, MD, a former UCSF assistant clinical professor. “What smokers have is a chronic medical disease, not a moral or personal problem. It needs to be treated medically. We don’t blame the smoker, we don’t say ‘If you don’t stop smoking you’ll die.’ We have learned that fear is not a long term motivator, it’s far better to use positive things to move people forward to stopping smoking.’’ 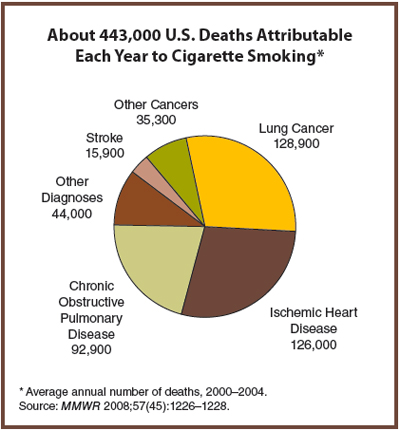 In the classes, students learn to understand nicotine addiction as well as motivational tools to embark on a non-smoking lifestyle. They learn about the impact of smoking on health, about withdrawal symptoms, neurobiology and what happens to the brain when a smoker takes a puff.

“It’s important to nurture and cultivate motivation, it’s easier to move toward something we want rather than away from what we fear,’’ Harris says. “When I was quitting, I drew up a list of things I didn’t like about smoking, and looked at what held the most power to me. I discovered I was afraid all the time about what smoking was doing to me and my self esteem was low because I smoked. So I put a lot of energy into imagining what it would be like to be smoke-free, fearless and proud.’’

For Bay Area resident Wailan Woo, the program provided the guidance he needed to finally halt a habit he’d had since his freshman year of high school.  Woo, 52, was a closet smoker, who hid his secret from his wife, two children, and many others.

“The classes were such a help for me, it was so good to listen to other people’s stories,’’ he says. “It so opened my eyes. There was such continuous support. People would look you in the eye and say ‘If you fall off the wagon, we are here to help.’ ’’

“I will always remember that date,’’ he says. “That was it for me. I quit. The program has been 200 percent helpful. Now I have a different mentality. I know I’m not out of the woods yet, but it is different this time. I have a very strong commitment this time. You always think you aren’t one of the people who will get sick — now I tell myself if I don’t stay away from smoking, I will become one of them.’’

The Fontana center's services include a stop smoking class that focuses on smoking and health, addiction, and strategies for quitting and staying motivated. The center also offers a relapse prevention program for graduates of the stop smoking class, whether or not they are smoke free.  All classes are located in conference rooms at UCSF Medical Center's Mount Zion campus. No referrals are required to make an appointment or enroll in a class.

The University of California has long been a leader in effective health care practices. Smoking is already barred at the five UC medical centers. By 2014, the University of California will become smoke-free — smoking and chewing tobacco will be banned on campuses, including parking lots and housing, as part of the UC commitment to cut tobacco use and exposure to secondhand smoke. The sale and advertising of tobacco products also will be prohibited.