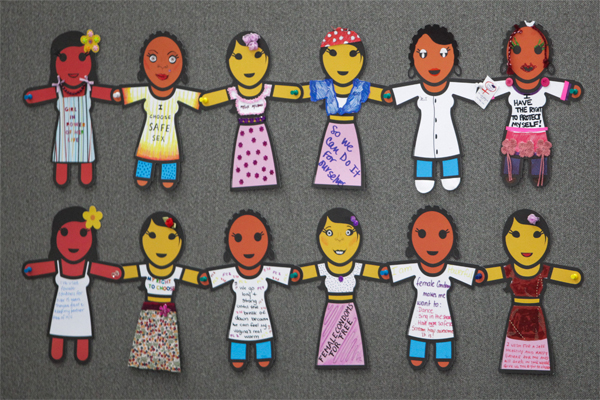 Nearly 4,000 people around the world have shown their support for ending the global AIDS epidemic by signing an online declaration during the XIX International AIDS Conference.

The “Washington, D.C. Declaration” outlines a nine-point action plan that includes focusing on HIV prevention, ending discrimination against HIV patients, boosting research investment and making treatment available to all those who need it.

The document is the official declaration of AIDS 2012, which has brought together thousands of medical experts, health care professionals, activists and people living with HIV under this year’s theme “Turning the Tide Together.” The biennial meeting hosted by the International AIDS Society began July 22 and runs through July 27.

Previous declarations signed during the International AIDS Conference, most notably the Durban Declaration in 2000, have greatly impacted the world’s perception of HIV and rallied support against the disease. 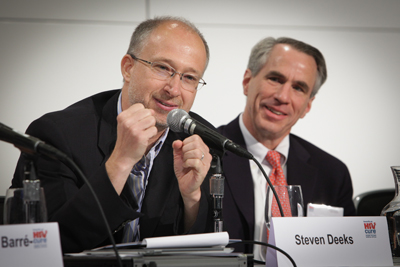 The Durban Declaration garnered more than 5,000 signatures by physicians and scientists who spoke out against then-South African president Thabo Mbeki and others who denied that HIV causes AIDS. The declaration stated that the evidence showing HIV causes AIDS is “clear-cut, exhaustive and unambiguous, meeting the highest standards of science.”

Diane Havlir, MD, chief of the UCSF Division of HIV/AIDS at San Francisco General Hospital and Trauma Center and U.S. co-chair of the conference, said the Washington, D.C. Declaration is another prime opportunity to advance the conversation about the disease.

“Declarations are used as a moment for an audience, when the world's attention is focused on the International AIDS Conference, to say something very, very important. And we think in 2012 we have something very, very important to say, and that is that we now for the first time ever — we've never really said this before — we think we can begin to end AIDS,” Havlir said.

Experts say there’s been a lot of progress made against HIV over the past two decades but challenges remain.

According to UNAIDS, more than 2.5 million deaths have been averted since 1995 thanks to access to HIV treatment, and new infections in 2010 totaled 2.7 million — 21 percent below the number at the peak of the epidemic.

However, for each patient who goes on treatment, two more people are newly infected. As of 2010, an estimated 34 million people worldwide were living with HIV — an increase of 17 percent from 2001.

Recent scientific advances, including evidence that HIV drugs can work in prevention, have renewed optimism in the search for a cure.

Elly Katabira, president of the IAS and international chair of AIDS 2012, said the declaration is “an important opportunity for people the world over to stand together and call for the leadership and resources necessary to begin the march toward the end of AIDS.”