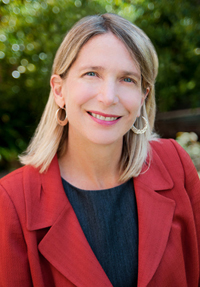 A perspective published in the New England Journal of Medicine this week by professors at the University of California, San Francisco (UCSF) and the Johns Hopkins University in Baltimore asserts that it is now possible to begin to end the AIDS epidemic by widely and strategically applying existing tools.

The publication is timed with the start of "AIDS 2012," the XIX International AIDS Conference in Washington, D.C. and the launch of the Washington, D.C. Declaration, the official conference petition, which calls for humanity to take the steps to begin to end the AIDS epidemic.

"Is there a roadmap to an AIDS- free generation? The core elements of a strategy are arguably now in hand," write Diane Havlir, MD, chief of the UCSF Division of HIV/AIDS at San Francisco General Hospital and Trauma Center and co-chair of the AIDS 2012 conference; and Chris Beyrer, MD, MPH, professor of Epidemiology, International Health and Health, Behavior and Society at the Johns Hopkins Bloomberg School of Public Health.

This roadmap involves asserting proven methods for prevention, expanding access to treatment and care, ending mother-to-child transmission of the virus, continuing to work towards vaccines and a cure, and ending stigma, discrimination and legal sanctions against people with HIV/AIDS. It also calls for continued public-private partnerships between scientists, policymakers, the private sector, and the community.

"Propelling us to the point where we can talk about the end of AIDS is nothing short of remarkable," Havlir and Beyrer write. "Yet the most important part of the story is about to be written."

The article, "The Beginning of the End of AIDS?" by Diane Havlir and Chris Beyrer was published on July 18, 2012 by the New England Journal of Medicine.