Over the years, internationally renowned UCSF scientist Arthur Weiss has shepherded and shaped the careers of many scientists who still treasure his straightforward manner and generosity of spirit. 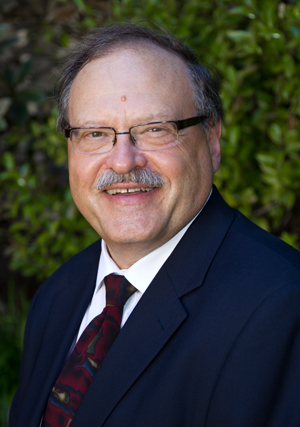 Arthur Weiss, MD, PhD, celebrated his Lifetime Achievement in Mentoring Award with colleagues and friends at the Faculty Alumni House.

Recognizing his efforts, the UCSF Faculty Mentoring Program has given its 2012 Lifetime Achievement in Mentoring Award to Weiss, the Ephraim P. Engleman Distinguished Professor of Rheumatology in the Department of Medicine at UCSF, and a Howard Hughes Medical Institute investigator.

“It’s the most satisfying, humbling and rewarding award someone can achieve in academic medicine,” said Weiss, MD, PhD, at a June 20 ceremony at the Faculty Alumni House on the Parnassus campus.

It was a lively and convivial gathering, warmed by the crowd’s admiration and affection for Weiss, who has been on the UCSF faculty since 1985.

“You’re one of a kind,” said Chancellor Susan Desmond-Hellmann, MD, MPH, as she looked at Weiss, who she met 30 years ago when she arrived at UCSF to start her residency. She still remembered that first scary day.

“One of the many people who taught me a lot and helped me be less scared was Art,” said the chancellor, who wished it could be a “half-a-lifetime award” and praised Weiss as a role model for people such as herself, who love science and medicine.

“When somebody in our midst like Art takes the time and energy to be a mentor, despite a thousand things about his role that are challenging … that’s what makes UCSF a special place,” she said.

A commitment like Weiss’s “really matters” to the next generation, Desmond-Hellmann said, and is “incredibly meaningful to mentees.”

Faculty mentoring has come a long way since results from a 2001 survey strongly supported the need for a formal program at UCSF.

With the creation of the Chancellor’s Council on Faculty Life, faculty mentoring and development were identified as key areas for improvement. Five years ago, the UCSF Faculty Mentoring Program was launched.

Progress has been made according to the 2011 UCSF Faculty Climate Survey. It found that:

The 60-year-old Weiss, division chief of rheumatology at UCSF from 1988 to 2011, has stood out in the field of signal transduction in the immune system, focusing on the roles of tyrosine kinases and phosphatases in regulating lymphocyte activation. He has co-authored more than 200 peer-reviewed original research publications and more than 80 reviews.

Despite his accomplishments, he has always found time to guide and nurture. Eighteen graduate students have done their doctoral dissertation work in his lab and he has trained 49 postdoctoral fellows. Many of these students and postdocs have gone on to successful careers in academia, industry and clinical care. Weiss also has been an active mentor to undergraduate students and junior faculty in the basic science and clinical departments at UCSF.

The Faculty Mentoring Program and the award — now in its sixth year — are part of the Chancellor's Council on Faculty Life (CCFL).

Mitchell Feldman, MD, MPhil, a professor of medicine and associate vice provost for faculty mentoring at UCSF, recalled that the mentoring climate for faculty was quite different from where it is today when the program was launched five years ago. He mentioned a survey from a decade ago that reported widespread dissatisfaction with mentoring, and compared it to the 2011 Faculty Climate Survey, which found a major turnabout had taken place. (See sidebar).

“We’ve built a program that has become a national model,” said Feldman, the program’s first director. “And many other academic medical centers have established programs inspired by what we have done here at UCSF.”

Weiss said his mentees have influenced him in how he thinks about problems. “It’s not a one-way street,” he said.

Jeroen Roose, PhD, an assistant professor of anatomy at UCSF, said he’d worked in Weiss’s lab as a postdoc and has known him for a third of his life. He has enduring memories. 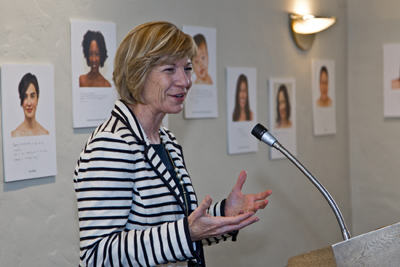 As the room shook with laughter, he described “The Shrug,” which was how Weiss would greet pronouncements of “amazing results” from those who’d race into his office to share their “major breakthroughs.” They’d simply be told to repeat the experiment.

“The moral of the story is Art’s continuous push for high quality,” Roose said.

He also mentioned Weiss’s transparency and clarity whenever he had to make a tough decision, the wonderful Christmas parties at his house, and his determination to show people they could have both a career and family.

“I produced three papers and three babies as a postdoc in Art’s lab,” Roose said.

Weiss cited some of his mentors, including John Stobo, and their endless “schmoozing about science.” After the ceremony, Stobo, MD, senior vice president in Health Sciences and Services in the UC Office of the President, recalled his former mentee’s sense of humor and how much fun it was to work with him.

“I probably learned more from Art than he learned from me, particularly how to take a thoughtful approach to scientific issues,” Stobo said. “Now he’s the definition of a mentor — somebody who feels the success of others is as important as his own.”

Afterward, Weiss reflected on what it takes to be a good mentor.

“They’re all different,” said Weiss, who came to UCSF in 1980 to complete his training in internal medicine and immunology. “You struggle with each individual. Each one is a different challenge and a different pleasure. And I try not to clone myself or recreate them in my image.”