A declaration calling for global support to end the AIDS epidemic was announced on July 10 by the International AIDS Society, with key support from the University of California, San Francisco (UCSF). 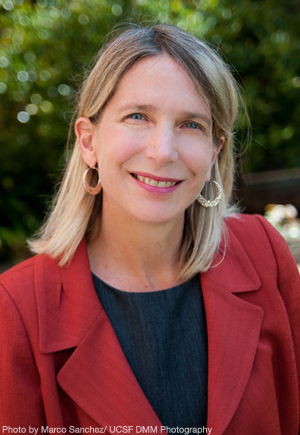 The “Washington, D.C. Declaration,” which seeks to build broad support for beginning to end the AIDS epidemic through a nine-point action plan, is the official declaration of the XIX International AIDS Conference (AIDS 2012), which will take place in Washington, D.C. from July 22 to 27, 2012.

The goal of the declaration is for scientists, politicians, celebrities and all other concerned citizens of the world to sign on to the document to express their support. It can be accessed online at www.dcdeclaration.org or www.2endaids.org, where the full text is also available in English, Spanish, French, Portuguese, German, Russian, Chinese, Arabic, Swahili, Japanese, Hindi and Thai.

The international meeting, co-chaired by Diane Havlir, MD, chief of the UCSF Division of HIV/AIDS at San Francisco General Hospital and Trauma Center, will bring together some 25,000 delegates, including HIV professionals, activists, global and community leaders and people living with HIV.

“In a scenario unthinkable just a few years ago, we now have the knowledge to begin to end AIDS in our lifetimes. Yet, at this moment of extraordinary scientific progress and potential, the global response to AIDS faces crippling financial challenges that threaten past success and future progress,” said Elly Katabira, president of the IAS and International Chair of AIDS 2012. “Through this declaration, we stand together to call on world leaders across all sectors to provide increased resources, visionary leadership, and a full-fledged commitment to seize the opportunity before us.”

“While we undoubtedly still need a cure and a vaccine, we can save millions of lives with the knowledge we have today if we fully implement the proven strategies we now have to treat those living with HIV and prevent new infections,” said Havlir.

“Our ultimate success, however, depends not just on adequate resources, but also on upholding the human rights and dignity of all those affected by HIV and engaging them fully in our collective response to the epidemic,” Havlir said.