A day after the U.S. Supreme Court upheld President Obama’s Affordable Care Act (ACA), experts from UCSF and UC Hastings College of the Law dissected the decision’s significance for health care in this country. 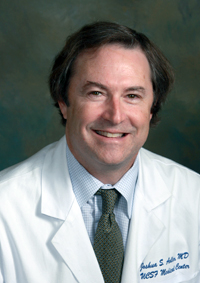 “This is a great opportunity, but it’s really only the beginning of what’s likely to be a very long journey,” said Josh Adler, MD, chief medical officer of UCSF Medical Center and UCSF Benioff Children’s Hospital.

Adler, another doctor and two lawyers discussed health care reform before an overflow crowd in Toland Hall on the Parnassus campus June 29.  Program moderator Daniel Dohan, PhD, said the session had been set up to anticipate what’s next.

“The ACA is a complex piece of legislation that aims to reform both health insurance and health care delivery,” said Dohan, assistant director of UCSF’s Philip R. Lee Institute for Health Policy Studies. 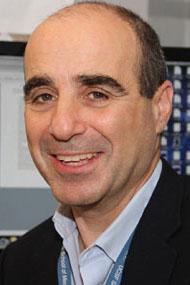 Andrew Bindman, MD, a health policy fellow in the U.S. House of Representatives when the ACA was debated and passed, brought an inside-the-Beltway perspective. Bindman, a professor of medicine, health policy, epidemiology and biostatistics at UCSF, said the twists and turns of getting the law passed had been extraordinary, with “all the elements of a fantastic opera.”

In Washington, Bindman learned a key difference between the worlds of doctoring and politics: In Congress, things never seem to end and there’s a remarkable ability for the conversation to go on and on.

California's Public Hospitals to Get Help

At this point, he said, the ACA is about turning coverage into access. “This is in fact where we are right now,” Bindman said. “... We still have a lot to do to make sure we can get this thing implemented in a way that will expand access. The ACA is not self-implementing. Everyone needs to get involved.”

He said the majority of people in California who will be newly covered live in parts of the state, such as the Central Valley, that already suffer from shortages of primary care providers and specialists. “We need to make sure there will be doctors to help people who have put off getting health care for many years,” he said.

Adler described the ACA as extremely important legislation to help the state’s 22 public hospitals — who care for more than half of the uninsured in California — go about their mission. He predicted the law will also likely increase the durability and stability of one’s insurance. When people go on and off the rolls, he said, it frequently makes delivering continuous care difficult.

Alluding to the challenge of access and maldistribution of providers in the state, Adler said California has among the most restrictive scopes of service in the country for non-physicians, such as psychologists and nurse practitioners. He said the Legislature could change that situation.

“In order to solve this problem, we need everybody in the boat,” Adler said. “Everybody needs to be able to practice at the top of their expertise.”

What’s most lacking in the ACA, he said, are real drivers to reduce costs. The next phase of the law should craft guidance for the best ways to do that, Adler said, adding that the marketplace alone will force cost reductions.

Bindman also stressed the need to focus on preventive care and finding more ways to deliver care as the population ages. Although prevention and wellness are cornerstones of the ACA, he said, there is still not enough evidence to support these strategies on a policy level. He urged health professionals to try hard to gather evidence in this realm.

Repealing Obamacare Not That Easy

David Faigman, JD, a professor of law and director of the UCSF/UC Hastings Consortium, called for more “evidence-based politics” as well. He said President Obama’s health reform law “doesn’t resonate with people as to why this is a good thing” and that there’s an urgent need to get information out.

His colleague Jaime King, JD, PhD, addressed a question on everyone’s mind: Is this the end of the fight? She said huge portions of the ACA had received a lot of bipartisan support and that it might not be as easy to overturn in the event the Republicans win the White House in November, as people seem to think.

The ACA is not self-implementing. Everyone needs to get involved.”

Even though the Supreme Court decision allows states to opt out of Medicaid expansion, she added, they’ll have a hard time justifying turning down the huge amount of federal money at stake.

“It creates a game of chicken between states and the federal government,” said King, an associate professor of law and associate director of the UCSF/UC Hastings Consortium. “Who’s going to cover these people? It will be an interesting game to watch.”

Faigman had predicted before the Supreme Court decision that Chief Justice John Roberts would be the swing vote, which turned out to be true in the 5-4 vote.

“I think Roberts wanted to be on the right side of history,” said Faigman, adding that rejecting the ACA would have been perceived as a purely political opinion that would damage his legacy and public opinion about the high court.

Bindman said the individual mandate levels the playing field on the patient’s side, not the provider’s, and that he was uttering a “shriek of hallelujah” that the ACA had been upheld.

“This is a real opportunity to send a message of equity and social justice throughout our population,” he said.