An investigation led by UCSF has found that the risk of female-to-male HIV transmission is increased three fold for women with bacterial vaginosis, a common disorder in which the normal balance of bacteria in the vagina is disrupted. 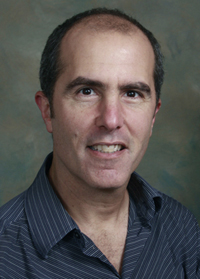 “Previous research has shown that bacterial vaginosis can increase a women’s risk of becoming infected with HIV as much as sixty percent.  Our study is the first to show that the risk of transmitting HIV is also elevated.  Our findings point to the need for additional research to improve the diagnosis and treatment of bacterial vaginosis, which is extremely common in sub-Saharan Africa, the region of the globe with the highest burden of HIV,” said the study’s lead author, Craig R. Cohen, MD, MPH, professor of obstetrics, gynecology and reproductive sciences at UCSF.

The study is being published in the June 26th issue of PLoS Medicine.

The new research assessed the association between bacterial vaginosis and female-to-male HIV transmission risk in a prospective study of 2,236 HIV positive women and their uninfected male partners from seven African countries.  After controlling for socio-demographic factors, sexual behavior, male circumcision, sexually transmitted infections, pregnancy and levels of HIV in the blood of the women with HIV, bacterial vaginosis was associated with a significantly increased risk for female-to-male transmission of HIV.

Bacterial vaginosis is a condition where the normal balance of microorganisms naturally found in the vagina is altered.  This disruption of vaginal flora takes place when bacteria that are helpful are reduced and more harmful bacteria are increased.  Besides increasing the risk of becoming infected with HIV, bacterial vaginosis can increase the risk of acquiring other sexually transmitted infections and increase the risk of preterm delivery.  In addition, HIV-infected women with this disorder may have higher levels and greater shedding of the virus from the cervix and vagina.

“We looked at the increased shedding of HIV in the genital tract, but that was not sufficient to explain the increased risk of female-to-male HIV transmission.  It is also possible that bacterial vaginosis causes inflammation and that could be a factor.  We don’t really understand the relationship between vaginal flora and inflammation,” said Cohen.

In addition, he said, “we think it’s likely that the sharing of genital tract microbiota between women and men may be implicated as a cause of the transmission risk. The interrelationship of the sharing of flora remains poorly understood and is an important avenue for future research.”

Notwithstanding the need for better understanding of the role of vaginal flora, the development of more therapeutics for bacterial vaginosis, including better drugs and probiotics, would be a significant boost to women’s health in general, as well as help decrease HIV acquisition and transmission risks, added Cohen.

Funding for this research was provided by the Bill & Melinda Gates Foundation.

The AIDS Research Institute (ARI) at UCSF houses hundreds of scientists and dozens of programs throughout UCSF and affiliated labs and institutions, making ARI one of the largest AIDS research entities in the world.