Preventing diabetes or delaying its onset has been thought to stave off cognitive decline — a connection strongly supported by the results of a 9-year study led by researchers at the University of California, San Francisco (UCSF) and the San Francisco VA Medical Center. 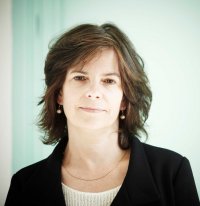 The result is the latest finding to emerge from the Health, Aging, and Body Composition (Health ABC) Study, which enrolled 3,069 adults over 70 at two community clinics in Memphis, TN and Pittsburgh, PA beginning in 1997. All the patients provided periodic blood samples and took regular cognitive tests over time.

When the study began, hundreds of those patients already had diabetes. A decade later, many more of them had developed diabetes, and many also suffered cognitive decline. As described this week in Archives of Neurology, those two health outcomes were closely linked.

People who had diabetes at the beginning of the study showed a faster cognitive decline than people who developed it during the course of the study — and these people, in turn, tended to be worse off than people who never developed diabetes at all. The study also showed that patients with more severe diabetes who did not control their blood sugar levels as well suffered faster cognitive declines.

“Both the duration and the severity of diabetes are very important factors,” said Kristine Yaffe, MD, the lead author of the study. “It’s another piece of the puzzle in terms of linking diabetes to accelerated cognitive aging.” 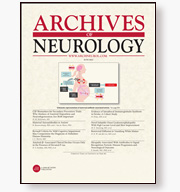 An important question for future studies, she added, would be to ask if interventions that would effectively prevent, delay or better control diabetes would also lower people’s risk of cognitive impairment later in life.

Yaffe is the Roy and Marie Scola Endowed Chair of Psychiatry; professor in the UCSF departments of Psychiatry, Neurology and Epidemiology and Biostatistics; and Chief of Geriatric Psychiatry and Director of the Memory Disorders Clinic at the San Francisco VA Medical Center.

Diabetes is a chronic and complex disease marked by high levels of sugar in the blood that arise due to problems with the hormone insulin, which regulates blood sugar levels. It is caused by an inability to produce insulin (type 1) or an inability to respond correctly to insulin (type 2).

A major health concern in the United States, diabetes of all types affects an estimated 8.3 percent of the U.S. population — some 25.8 million Americans — and costs U.S. taxpayers more than $200 billion annually. In California alone, an estimated 4 million people (one out of every seven adults) has type 2 diabetes and millions more are at risk of developing it. These numbers are poised to explode in the next half century if more is not done to prevent the disease.

Over the last several decades, scientists have come to appreciate that diabetes affects many tissues and organs of the body, including the brain and central nervous system — particularly because diabetes places people at risk of cognitive decline later in life.

In their study the scientists looked at a blood marker known as “glycosylated hemoglobin,” a standard measure of the severity of diabetes and the ability to control it over time. The marker shows evidence of high blood sugar because these sugar molecules become permanently attached to hemoglobin proteins in the blood. Yaffe and her colleagues found that greater levels of this biomarker were associated with more severe cognitive dysfunction.

While the underlying mechanism that accounts for the link between diabetes and risk of cognitive decline is not completely understood, Yaffe said, it may be related to a human protein known as insulin degrading enzyme, which plays an important role in regulating insulin, the key hormone linked to diabetes. This same enzyme also degrades a protein in the brain known as beta-amyloid, a brain protein linked to Alzheimer’s disease.

In addition to UCSF, authors on this study were affiliated with University of Tennessee, the National Institute on Aging and the University of Pittsburgh.