Scientists at the UCSF-affiliated Gladstone Institutes today are announcing their role in an unprecedented collaboration organized by the National Institutes of Health (NIH), which used groundbreaking methods to vastly improve the understanding of bacteria that reside in and on the human body. 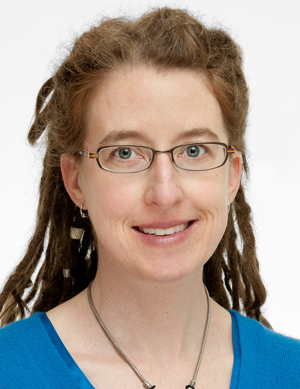 In a series of coordinated scientific reports, some 200 members of the Human Microbiome Project (HMP) Consortium from nearly 80 research institutions used advanced DNA-sequencing techniques to identify the thousands of microorganisms that live on humans. Researchers believe this will deepen the understanding of how microorganisms live in harmony with their human hosts.

“The vast array of microorganisms — which include many species of bacteria or viruses — that dwell in or on humans together comprise an ecosystem, or ‘microbiome’,” said Gladstone Associate Investigator Katherine Pollard, PhD, an associate professor at UCSF whose findings — available online in PLoS ONE — focused on microbes living in the human gut. “Alongside my fellow HMP researchers, we used cutting-edge data-analysis tools to find out not only how this microbiome maintains human health, but also how changes in this ecosystem could contribute to disease.”

Historically, doctors studied microbes by isolating them from a single patient sample and growing them in a culture. This painstaking process identified only a few species at a time, and was often inaccurate. The HMP researchers instead purified all human and microbial DNA from each of the more than 5,000 samples collected from various body sites of 242 healthy U.S. volunteers, running them through advanced DNA sequencers.

Using data-analysis tools recently developed by Gladstone researchers and their colleagues, consortium members then used specific DNA signatures to identify individual microbes. Focusing on this so-called “microbial signature” helped researchers such as Pollard pinpoint individual species that had never before been characterized — and extrapolate the roles the species play in human health.

The results have proven to be a treasure-trove of new data. Where researchers had previously isolated only a few hundred microbial species that live on humans, researchers now calculate that more than 10,000 species make up the human microbiome.

“We have defined the boundaries of normal microbial variation in humans,” said James M. Anderson, MD, PhD, director of the NIH Division of Program Coordination, Planning and Strategic Initiatives. “We now have a very good idea of what is normal for a healthy Western population and are beginning to learn how changes in the microbiome correlate with physiology and disease.”

In Pollard’s analysis, she and her colleagues found three types of gut bacteria never before seen by researchers. And given that samples all came from one population, there is hope that casting a wider net to include samples from around the world could help scientists paint a picture of how microbiomes differ across populations — and how those differences could influence disease.

“Preliminary research has shown that microbes in the guts of obese individuals more efficiently extract energy from fat than that of non-obese individuals — and could play a role the development of the disease,” said Pollard. “As we expand our data set to include global populations, we can gain new insight into how microbes may be implicated not only in obesity, but in a whole host of disorders — including Type I diabetes, inflammatory bowel disease and many neurological conditions.”

Pollard’s research was performed in collaboration with George Weinstock, PhD, and his team at Washington University in St. Louis. Other scientists who participated in this research at Gladstone include Rebecca Truty, PhD, and Thomas Sharpton, PhD. Funding came from the San Simeon Fund, the Gordon and Betty Moore Foundation and the National Science Foundation.

NIH, the nation’s medical research agency, includes 27 institutes and centers and is a component of the U.S. Department of Health and Human Services. NIH is the primary federal agency conducting and supporting basic, clinical and translational medical research, and is investigating the causes, treatments and cures for both common and rare diseases.