Concern about overexposure to radiation due to excessive use of medical imaging has come to the fore in recent years. Now, a study led by researchers at the University of California, San Francisco (UCSF) and Group Health Research Institute, shows that medical imaging is increasing even in health maintenance organization systems (HMOs), which don’t have a financial incentive to conduct them.

Published this week in the Journal of the American Medical Association (JAMA), the study is the first to look at how radiation exposure has grown within large integrated health care systems. Earlier studies have shown an increase in the public's exposure to radiation because of  medical imaging at “fee-for-service” hospitals and clinics, which make more money the more scans they do.

Some experts had speculated that radiation exposures would be different in the closed, integrated health care system world, where the same financial incentives do not exist. All the clinical operations fall under the same umbrella as the insurance and payment operations in these systems, and if anything, more medical scans would seem to be financially discouraged.

“You would have imagined that the rate of increase would be lower,” said Rebecca Smith-Bindman, MD, a professor of radiology and biomedical imaging at UCSF. “Our results showed very similar growth in imaging within these integrated settings as has been shown outside of these settings.”

According to Smith-Bindman, UCSF has focused a great deal of attention to ensure its patients receive the lowest doses possible for medical diagnosis, including implementing new software that reduces dose, acquiring new lower-dose equipment, and reducing the use of certain high-dose procedures. These efforts have achieved significant  dose reductions in the last few years, she said. For example, CT doses have gone down 30 percent to 40 percent over the last two years.

Smith-Bindman and colleagues across the University of California medical centers are also organizing a very large meeting in February 2013 to help educate the public, referring physicians and technologists, physicists and radiologists across the country on strategies for assessing and then lowering the radiation doses to which patients are exposed.

The latest study showed a dramatic increase in imaging rates and a doubling in the proportion of patients who incurred high and very high radiation exposures from 1996 to 2010, paralleling the rise in the fee-for-service world. The number of ultrasound examinations doubled, the number of CTs tripled, and the number of MRIs quadrupled. The analysis also showed enormous variation from system to system, with some types of imaging being done 5 to 10 times more often in one system compared to the others.

This is significant, Smith-Bindman said, because on the national level, a lot of hope for countering the rise in imaging rates and radiation exposure has been pegged to removing financial incentives by changing the fee structure of radiological exams and capping reimbursements, as Medicare has already done.

The new study suggests it may not be so simple. The same drivers of imaging are important in all health care systems.

The rise in radiation exposure due to medical imaging is a cause for public concern because of cancer risk. Imaging techniques that use ionizing radiation (such as CT scans) have the potential to cause cancers to form, and because of the increased use of these techniques over the last two decades, some estimates predict that 2 percent of all future cancers will result from current imaging use.

In their study, Smith-Bindman and her colleagues examined the health records of millions of patients in several western and Midwestern states who participate in six large integrated health care systems. This was the first major study to look at how radiation exposure has increased within these private systems. The collaborating health care systems are all part of a consortium of 19 HMOs across the United States and in Israel called the HMO Research Network, which has made a commitment to conduct research to improve the health care they provide to their members.

To the researches’ surprise, for patients in these systems, just as in the rest of the U.S. population, the average amount of radiation has increased over the last two decades. The new study showed a doubling in imaging rates, and by 2010, for every 100 adult patients, around 20 CTs were performed. Older patients underwent even more CT scans. For every 100 patients age 65 to 75, around 35 CTs were obtained.

In addition, a significant number of individuals in these systems undergo repeated testing, so they are accumulating doses that are in the range where cancer is a real concern, said Smith-Bindman. 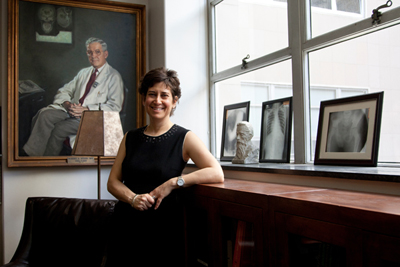 "A recent report in The Lancet showed a direct association between exposure to CT and cancer risk in children," said Diana Miglioretti, PhD, a biostatistician with Group Health Research Institute who co-led the study. "In our study cohort, 10-20 percent of children who underwent a single head CT received radiation doses in the range found to triple the risk of brain cancer or leukemia in the Lancet study."

In this study, nearly 3 percent of patients, and 4 percent of patients who underwent any imaging, received very high doses of radiation — above the limit of what is allowed by the U.S. Nuclear Regulatory Commission for people who work at nuclear power plants and double what the more stringent European regulators allow.

“It’s not just that we’re doing more advanced imaging tests, but we are also doing these tests in such a way that the tests deliver higher — and more variable — doses of radiation,” Smith-Bindman said. “I am concerned that physicians have lowered their threshold for advanced imaging so much that it is now used even when they may not believe it is necessary or will really change their management of the patient.”

What Patients Themselves Can Do

To address the problem, says Smith-Bindman, both doctors and patients need to change expectations and practice. Patients need to engage their doctors in the decision-making process and insist on the necessity and safety of all radiological scans they undergo. Advanced imaging is an outstanding resource when used as needed, but the need for the scan has to be balanced against the potential risk.

Patients need to discuss with their doctors when imaging is necessary and when it can be deferred or may not be necessary, she said. Every examination that delivers a relatively high dose of radiation, such as CT, needs to be very specifically justified. In addition, she added, facilities must begin to monitor patient doses and protect them against unnecessary or repeated scans, or doses that are higher than they need to be.

“It is only by measuring the doses that they deliver to their patients that clinicians can begin to do everything in their power to keep those doses as low as possible,” Smith-Bindman said. “The National Quality Forum has endorsed a measure of CT quality that facilities can follow to try to understand how their doses have changed over time and how they compare with other facilities. If facilities began to follow this quality measure, they would quickly learn how they are doing and would be able to lower the doses they use.”

She added that patients need to be empowered to monitor their own doses and to check if the place where they obtain their CT scan has complied with this measure sothey can make better-informed choices about whether to get imaging and where to go to get it.

Smith-Bindman is organizing a large virtual meeting to be held in February 2013 that is targeted to patients, technologists, medical physicists, radiologists, as well as administrators and referring physicians, to improve their knowledge of radiation-related issues. The meeting will help CT facilities adopt strategies to lower the doses they use and will offer participants the ability to upload a sample of CT data and receive an “instant audit” of how they are doing when compared with other facilities.