Creating specialized hospital units for elderly people with acute medical illness could reduce national health care costs by as much $6 billion a year, according to a new study by UCSF researchers.

The team assessed a program called “Acute Care for Elders,” or ACE, which offers individualized care for older patients in specially designed hospital units. It is being piloted in 200 hospitals nationwide, serving an estimated 100,000 patients annually. 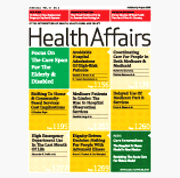 “The Medicare proportion of the health care budget is going up faster than anything else, and the cost of hospital stays is one of the fastest growing components of that care,” said senior author Seth Landefeld, MD, chief of the UCSF Division of Geriatrics. “This was really an opportunity to look at how you can deliver higher value care while maintaining or improving quality and reducing cost.”

In their research, published this week in the June issue of Health Affairs, Landefeld and his colleagues conducted a randomized controlled study of 1,632 elderly patients seen either in the ACE program or a traditional inpatient hospital setting between August 1993 to May1997. They found that the average length of stay was shorter for patients in the ACE program — 6.7 days versus 7.3 days. They also found that patients in the ACE program incurred lower hospital costs, $9,477 versus $10,451, or a savings of $974 per patient. Nationally, said Landefeld, these numbers could translate to a one percent saving of all Medicare expenditures or $6 billion a year.

“What’s encouraging about this is the outcomes were identical in both groups. So we were able to save money while maintaining the quality of care,” said first author Deborah Barnes, PhD, MPH, an associate professor in the departments of Psychiatry and Epidemiology & Biostatistics at UCSF. “So despite being released about half a day earlier, patients had similar levels of function at discharge, and also the readmission rates were identical in two groups over three months.”

Landefeld and his colleagues say minor changes in the current health care model can yield significant results. Leaving patients in their hospital beds, for example, or constantly interrupting them in the middle of the night for disruptive evaluations, can lead to longer recovery time and longer hospital stays, he said.

“What do most elderly people want to do at the hospital? They want to go home, and they want to get there as soon as possible,” Landefeld said. “In the ACE program, families were involved from day one as opposed to being quarantined — from their loved ones. And we looked at restructuring how hospitals work to get more of the benefit without the unintended consequences.” 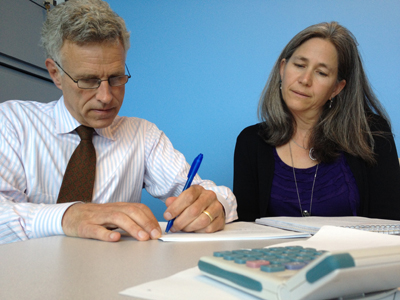 The ACE program works by creating an interdisciplinary team environment that specializes in the care of older patients. The number of clinical staff per patient is similar to traditional units, but patients are assessed daily by the team, and the level of independence and accountability of the nurses is increased.

“Part of what ACE does is improve communication and decrease work. And that’s a strategy that’s generally popular with lots of folks involved,” Landefeld said. “You’re not asking people to do a lot of extra work. You’re just asking them to do their work differently.”

The researchers say barriers to ACE being implemented on a larger scale include the ability for clinicians to change ingrained work cultures and adjust schedules to meet and talk about the patients.

“What we found was that ACE decreased miscommunication and it decreased the number of pages nurses had to make to doctors,” Landefeld said. “Having people work together actually saved people time and reduced work down the line.”

“It’s a worthwhile investment because you’re saving about half a day of hospitalization for these patients,” Landefeld said. “You’re saving about five times as much as you’re putting into many of the physical changes you’re making in the unit. It’s like an intensive care unit in terms of the quality of care, but it’s not an intensive care unit in terms of new expensive technology.”

The study also showed that the ACE program did not increase hospital readmission rates. Landefeld and his colleagues believe ACE can help hospitals lower costs while preserving quality of care for hospitalized elderly patients.

“Creating an ACE unit requires an upfront investment, and in order to make that happen, you need people to believe,” Barnes said. “Our study gives people really solid data, to try to encourage them along this pathway, to help them believe that if they make that upfront investment, it will work.”

This study was supported by the National Institutes of Health and the S.D. Bechtel Jr. Foundation.