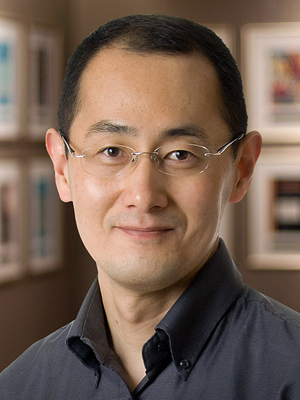 This award recognizes Yamanaka’s discovery of a way to turn adult skin cells into cells that act like embryonic stem cells. This discovery has since altered the fields of cell biology and stem cell research, offering new hope for the future of both personalized and regenerative medicine.

Yamanaka and Linus Torvalds, creator of Linux, were named laureates — or finalists — for the 2012 prize in April. For the first time in the award’s history, both laureates were named joint Grand Prize winners today by the President of the Republic of Finland. Yamanaka and Torvalds will share 1.2 million Euros.

Six years ago, Yamanaka discovered that altering the genes of adult skin cells in mice allowed him to induce the cells into becoming like embryonic stem cells. He called them induced pluripotent stem cells, or iPS cells. In 2007, he announced that he had done the same with human adult skin cells.

“Scientists all over the world are using Yamanaka’s method to create stem cells and making great strides in research,” said Ainomaija Haarla, president of Technology Academy Finland. “His achievement has had a great impact on research in medicine and biotechnology as pluripotent stem cells are already being used for medical drug testing and the growth of implant tissues. Yamanaka is unquestionably the father of this innovation.”

Many see iPS cell technology as an entirely new platform for fundamental studies of human disease. Rather than using disease models made in yeast, flies or mice for research, iPS technology lets scientists create human stem cells from the skin cells of patients with a specific disease. As a result, the iPS cells contain a complete set of the genes that resulted in that disease — representing the potential of a far-superior human model for studying disease development, new drugs and treatments. In the future, iPS cells could be used to test both drug safety and efficacy for an individual patient.

as researchers and physicians we must continue to innovate new solutions that will help improve the lives of millions worldwide affected by these and many other diseases.”

“I am both honored to receive this prestigious award and humbled to be in the company of such great innovators,” said Yamanaka. “The 21st century holds much promise to fight such devastating conditions as heart disease and Alzheimer’s disease — but as researchers and physicians we must continue to innovate new solutions that will help improve the lives of millions worldwide affected by these and many other diseases.”

Yamanaka is also the director of the Center for iPS Cell Research and Application (CiRA) and a professor at the Institute for Integrated Cell-Material Sciences (iCeMS), both located at Kyoto University. Two decades ago, Yamanaka was an orthopedic surgeon practicing in Japan. In 1993, he began his postdoctoral training at the UCSF-affiliated Gladstone to become a research scientist.

Yamanaka has received numerous honors recognizing the importance of his iPS discovery, including the Albert Lasker Basic Medical Research Award, the Shaw Prize and the Kyoto Prize for Advanced Technology. In April 2012, Yamanaka was inducted into the National Academy of Sciences, garnering one of the highest honors available for U.S. scientists and engineers.

As the world's largest technology award, the prize celebrates innovations that have a favorable impact on quality of life and well being. The Millennium Technology Prize is awarded every second year by Technology Academy Finland, an independent foundation, established by Finnish industry and the Finnish state in partnership.