Cancer medicine must depart from a one-size-fits-all tradition, and move instead to targeted treatments, said cancer expert Frank McCormick, PhD, FRS, during a congressional forum this week that focused on cutting-edge cancer research and treatment.

McCormick, director of the UCSF Helen Diller Family Comprehensive Cancer Center, was part of a top-tier panel of expert witnesses at an event held by the Senate Cancer Coalition in Washington, D.C. It was the first public gathering convened by the non-partisan organization in almost a decade. The hearing served as a platform to examine how breast cancer research has led to the development of more personalized approaches to better detect, treat and prevent many types of cancer. 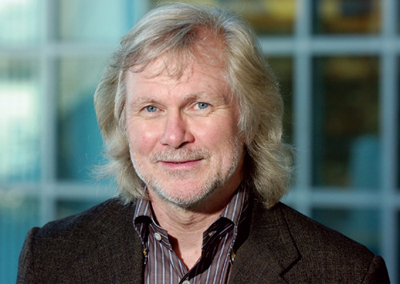 In his presentation, McCormick explained that advances in understanding cancer at the molecular level — especially the discovery that cancer is caused by changes, or mutations, in genes that control normal cellular function — have set the stage for a new era in cancer care including an array of surgical and pharmaceutical options now available to patients.

Now scientists must move into the realm of precision medicine, he said, in which treatment is based on the specific characteristics of individual patients and their tumors in which an individual’s genetic makeup or specific molecular markers of their disease help to determine the course of treatment.

“This is one of the most promising new approaches in modern cancer treatment,’’ said McCormick, president of the American Association for Cancer Research, the world’s oldest and largest cancer research organization.

UCSF is already at the forefront of precision medicine.

Chancellor Susan Desmond-Hellmann, MD, MPH, who shepherded the first targeted cancer therapies to clinical trial as president of product development at Genentech, has won accolades for her innovative leadership in working to create an infrastructure that propels laboratory discoveries into new therapies for patients.

In 2011, she co-chaired a National Academy of Sciences committee recommending the creation of a Google maps-like data network that would integrate the wealth of data emerging on the molecular basis of disease with information on environmental factors and patients’ electronic medical records, with the goal of developing more diagnostics and treatments tailored to individual patients.

Other UCSF cancer experts are spearheading advances in personalized treatment plans. Earlier this year, two clinical studies led by UCSF — the largest ever conducted on the molecular genetics of lung cancer — demonstrated that an available molecular test could predict the likelihood of death from early-stage lung cancer more accurately than conventional methods. The studies might in time improve the odds of survival for hundreds of thousands of patients annually.

For breast cancer, the U.S. Food and Drug Administration issued recommendations last month that would accelerate patient access to new medications while reducing the time and cost of drug development. The new regulatory guidelines were based in part on a groundbreaking, national breast cancer trial called I-SPY 2 led by Laura Esserman, MD, MBA, director of the Carol Franc Buck Breast Care Center at the UCSF Helen Diller Family Comprehensive Cancer Center. The trial combines personalized medicine with a novel investigational design to identify women at high risk of early breast cancer recurrence. It is underway at 19 major cancer research centers around the country.

As scientists continue to make progress in understanding the complex roots of cancer, they face “unprecedented’’ opportunities, McCormick said during the congressional hearing on June 19. The hearing was titled “Preventing and Treating Breast Cancer in the 21st Century: Seeking the Right Treatment at the Right Time.’’

“By continually probing the biology of cancer, researchers can make new discoveries and then apply that knowledge to improve clinical outcomes to patient benefit,’’ McCormick said.

Governmental funding as well as a “steadfast commitment’’ from the White House and Congress would help fulfill the promise of cancer and biomedical research, McCormick said.

The Senate Cancer Coalition is co-chaired by Senator Dianne Feinstein (D-California) and Senator Kay Bailey Hutchison (R-Texas). The coalition was established in 1995 by Feinstein and former Senator Connie Mack (R-Florida) but has been largely inactive since 2003. Feinstein and Hutchison are working to revitalize the group to provide Senate colleagues with the opportunity to explore the state of cancer care with leading scientists, physicians and other health care professionals and patients.

The panelists at the hearing included Barbara Wold, PhD, advisor to the National Cancer Institute Director on Cancer Genomics Research; Leslie Bernstein, PhD, director of the Division of Cancer Etiology at the City of Hope Comprehensive Cancer Center; and Ana Maria Gonzalez-Angulo, MD, associate professor of medicine at the University of Texas MD Anderson Cancer Center.

More about UCSF and precision medicine: