After a lifetime of lower wages and time out of the labor market for caregiving, women typically receive less from Social Security than men, with millions of widows and women of color falling into poverty in old age. 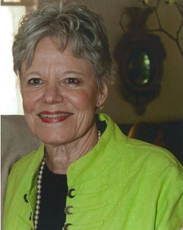 Now, in a significant new report led by a UCSF social scientist, a team of leading advocates for women and senior citizens seeks to correct the inequities through sweeping proposals to reform the nation’s financial safety net for senior citizens.

The report will be unveiled at a Congressional briefing Friday, May 11 at 9:30 a.m. (ET) in Washington D.C.

The authors represent three national organizations for seniors and women: the National Committee to Preserve Social Security & Medicare Foundation, the National Organization for Women Foundation (NOW), and the Institute for Women’s Policy Research.

“This is an urgent call for our retirement system to catch up with the changing needs of women,’’ said the lead author of the report, Carroll L. Estes, PhD, founder and former director of the UCSF Institute for Health & Aging. She is the chair of the board of directors of the National Committee to Preserve Social Security & Medicare and its foundation.

“Social Security is crucial to the future of our children and grandchildren,’’ Estes said. “It is there for Americans when catastrophic events befall them, such as 9/11 when about 2,600 children lost a working parent. We must keep the social contract that it represents, and improve the lives of women and other workers who have paid into Social Security for decades.’’

The report, “Breaking the Social Security Glass Ceiling: A Proposal to Modernize Women’s Benefits,’’ examines the changing role of women in the workforce as well as the smaller incomes women receive in retirement as a result of lower wages on average and time spent out of the labor market for unpaid caregiving of children and aging parents. Retired women of color are particularly vulnerable, experiencing two to three times the poverty rates of whites.

Along with a slate of reforms earmarked at women, the report calls for dramatic changes in Social Security benefits for children and for same sex couples.

In the decades since the establishment of Social Security in 1935, women transformed the American workforce. Some broke through the rungs to reach the corporate board room, but far more found themselves in part-time positions, lower-levels jobs or entirely out of the workforce for periods as they juggled job and family.

On average, federal statistics show that women earn 19 percent less than men, leaving them with lower lifetime earnings and lower Social Security payments -- $12,155 annually compared to $15,620 for men, according to 2009 data from the U.S. Social Security Administration. Additionally women – with longer life expectancies – are less likely to have employer pensions and more likely to outlive their retirement savings.

“For too many women, retirement is the culmination of an entire career…of pay and income inequality,’’ said the authors.

Noting their opposition to privatizing Social Security and to raising the retirement age, the authors said that for more than 20 million women aged 65 and older, Social Security represents “a critical source of income, and is often their only hedge against inflation.’’

To pay for the proposed overhaul, the authors recommend that the earnings cap on contributions to Social Security – currently set at $110,100 and affecting approximately 6 percent of working Americans – be permanently lifted.

“This option by itself would eliminate most of Social Security’s solvency issues in perpetuity,’’ said Estes, a professor in the UCSF School of Nursing and in the Department of Social & Behavioral Sciences.

The authors also suggest that salary reduction plans such as flexible spending accounts become subject to Social Security taxes, and that the Social Security contribution rate be slowly increased by 1/40th of one percent over 20 years.

“Social Security is earned through hard work and contributions,’’ Estes said. “It is insurance against the loss of wages in retirement, loss of the ability to work through disability, death of parents for surviving children and spouses. Every generation and every family with a worker is covered. The private sector is unable to ensure economic security in old age through private pensions, 401(k)s, home equity and interest on savings. This universal, secure source of retirement income for all working Americans and their families has never been more important.’’

Co-authors of the report are NOW president Terry O’Neill and Heidi Hartman, president of the Institute for Women’s Policy Research.