Continuing a popular but controversial treatment for osteoporosis could reduce spine fracture risk for a particular group of patients, but others could see little to no change if they discontinue it. Based on available evidence, a UCSF researcher reevaluated his 2006 finding from a randomized 10-year study of alendronate, a type of bisphosphonate – a class of drugs that prevent loss of bone mass. 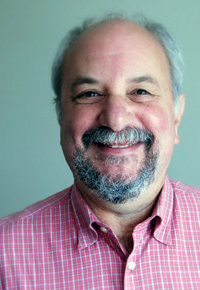 “Our study suggests that even after five years of therapy, if your bone density is low enough, you’re at high risk for having additional spine fractures,” said Dennis Black, PhD, professor and division chief of UCSF’s Department of Epidemiology and Biostatistics’ Clinical Trials and Multicenter Studies. “And by continuing this therapy for these patients, it’s likely to decrease that risk for spine fractures.”

The study was funded by Merck, the maker of Fosamax, a commercial version of alendronate.

Osteoporosis is responsible for 1.5 million fractures in the United States a year at a cost of $14 billion annually. As many as half of all women and a quarter of men older than 50 will break a bone due to osteoporosis, according to the National Institutes of Health.

Treating osteoporosis with bisphosphonates, particularly for more than five years, has been linked to some side effects, including atypical femur fractures. Public concerns led the U.S. Food and Drug Administration (FDA) to hold a hearing last September about the drug. The organization is expected to publish its guidelines in the New England Journal of Medicine (NEJM) this week, alongside Black’s perspective.

“Any decrease in spine fracture risk will need to be balanced against a possible but unknown increase in other side effects including atypical femur fractures,” Black said.

“It is clearly established that three to five years of bisphosphonates are beneficial in reducing fractures, particularly in women with existing low bone density,” he added. “However, whether treatment should continue after five years has been controversial. I think the FDA is going to say that there’s limited data that continuing bisphosphonates long-term will further reduce fracture risk, and many people can safely discontinue after three to five years.”

Black hopes his perspective will give physicians and patients specific information about who might benefit by continuing and specifically what that benefit might be.

The original study by Black and colleagues studied a total of 6,459 women for up to five years, comparing alendronate to a placebo. That study showed less fracture risk of spine, hip and other major bones and led to FDA approval of alendronate in 1997.

“Our study suggests that at least for women who are at very high risk for spine fractures, they will benefit by continuing alendronate therapy to decrease the number of spine fractures,” Black said. 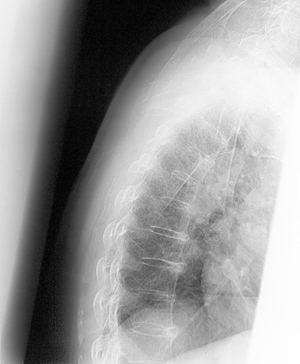 This spine X-ray shows a patient who has osteoporosis.

Elevated public concerns about the possible link between alendronate and femur fractures, as well as other side effects such as osteonecrosis of the jaw – bone death caused by poor blood supply to the area – have compelled the FDA to address the issue this week. While the FDA perspective includes information about possible risks of long-term use, Black’s study specifically examined long term fracture benefits.

“Each patient and her physician need to weigh the benefits versus the risks, but the purpose of our analysis was to try to give people a sense of what the benefits might be and in whom they would be highest,” Black said.

The study by Black and colleagues examined one type of bisphosphonate: alendronate. The drug had been developed and the studies funded by Merck, which sold the drug under the name Fosamax. In 2008, alendronate became generic and now is most commonly used in generic form. Black cautioned that other bisphosphonates including risedronate and ibandronate, have not been studied long-term with respect to their benefits for those with previous spine fractures.

The original and continuation studies were carried out from 1991 to 2004 by Black and colleagues at UCSF with funding to UCSF from Merck. The current analysis published in the New England Journal Perspective was performed independently of commercial sponsorship and the sponsor did not have any input in this analysis.