UCSF scientists have identified patterns of brain activity in the rat brain that play a role in the formation and recall of memories and decision-making. The discovery, which builds on the team’s previous findings, offers a path for studying learning, decision-making and post-traumatic stress syndrome.

The researchers previously identified patterns of brain activity in the rat hippocampus, a brain region critical for memory storage. The patterns sometimes represented where an animal was in space, and, at other times, represented fast-motion replays of places the animal had been, but no one knew whether these patterns indicated the process of memory formation and recollection. 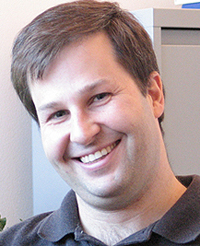 In the journal Science this week (online May 3, 2012), the UCSF researchers demonstrated that the brain activity is critical for memory formation and recall. Moreover, they showed that the brain patterns through which the rats see rapid replays of past experiences are fundamental to their ability to make decisions. Disturbing those particular brain patterns impaired the animals’ ability to learn rules based on memories of things that had happened in the past.

“We think these memory-replay events are central to understanding how the brain retrieves past experiences and uses them to make decisions,” said neuroscientist Loren Frank, PhD, a associate professor of  physiology and a member of the Keck Center for Integrative Neuroscience at UCSF, who led the research with Shantanu Jadhav, PhD, a post-doctoral fellow. “They offer insight into how a past experience can have such a profound effect on how we think and feel.”

The finding gives scientists a new way to investigate fundamental processes like learning and decision-making in animals and in people. It also may help shed light on memory disorders like post-traumatic stress disorder (PTSD), which is characterized by strong, disturbing and uncontrolled memories.

Without Links to the Past, Rats Face Indecision

Seeking to understand how the recall of specific memories in the brain guides our thinking, Frank and his colleagues fitted the animals with electrodes and built a system that enabled them to detect a specific pattern, called a sharp-wave ripple, in the hippocampus. Whenever they detected a ripple, they would send a small amount of electricity into another set of electrodes that would immediately interrupt the ripple event, in effect turning off all memory replay activity without otherwise affecting the brain.

The UCSF researchers knew that these sharp-wave ripples would be activated when the animals had to make choices about which direction to turn as they wended their way toward their reward: a few drops of sweetened condensed milk. These signals seem to be flashes of memory recall, said Frank, a rat’s past knowledge flooding back to inform it on what had happened in the past and where it might go in the future. Squashing the sharp-wave ripples, the UCSF team found, disrupted the recall and subverted the rat’s ability to correctly navigate the maze.

This shows, said Frank, that the sharp-wave ripples are critical for this type of memory recall. Through these brain waves, the rat reprocesses and replays old experiences in a fleeting instant—lessons from the past essential for shaping their perception of the present.

“We think these memory replay events are a fundamental constituent of memory retrieval and play a key role in human perspective and decision-making as well,” he said. “These same events have been seen in memory tasks in humans, and now we know they are critical for memory in rats. We think that these fast-forward replays make up the individual elements of our own memories, which jump rapidly from event to event.”

Next, the team wants to tease out information about how the rats actually use these memory replay events to make decisions and how amplifying or blocking specific replay events will change the way an animal learns and remembers. They also think that these events could be important for understanding memory problems, as when stressful memories intrude into daily life.