Half of young adult tobacco smokers also have smoked marijuana in the last 30 days, according to a recent Facebook-based survey conducted by UCSF researchers, indicating a greater prevalence of marijuana and tobacco co-use among smokers age 18-25 than previously reported.

Other recent studies have shown that approximately 35 percent of young adult tobacco smokers used marijuana within the last month. 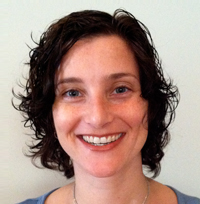 “We were curious whether rates would be different in our study where we reached out through social media and the Web,” said lead author Danielle Ramo, PhD, a post-doctoral scholar in the UCSF Department of Psychiatry. “And rates were much higher, which shows the problem might be larger than we realize.”

Survey participants were recruited solely online, a departure from traditional surveys that rely on face to-face interviews, phone interviews or completing questionnaires. The UCSF researchers primarily used Facebook through a series of paid advertisements, in addition to Craigslist and a survey sampling company to reach out to young adults. The results, the researchers said, indicate young adults might be more inclined to answer honestly via anonymous online sampling.

The research will be published in Addiction Science and Clinical Practice on April 18.

The first phase of the survey was used to identify tobacco smoking patterns only. A second stage asked participants to answer the tobacco and marijuana use survey, which employed data encryption to ensure anonymity and prevent multiple entries. Of the 3,500 individuals who completed the marijuana and tobacco co-use survey, usage was highest amongst Caucasians, people from the Northeast, people in rural areas and among the non-student population. Of the 68 percent who were daily smokers, 53 percent had used marijuana in the last month. 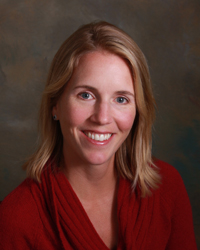 The research shows that smoking cessation programs aimed at this age group should take into account the effect of marijuana use in their programs, according to Ramo. The next phase of the research is to adapt behavioral and cognitive principles for smoking cessation, like counseling, to Facebook.

“Adapting the social media aspect into intervention and incorporating the social environment are new ways to approach finding the most effective means for treatment,” she said.

Ramo and Prochaska plan to use social media such as Facebook, in which participants will be able to contact not only the clinicians for support, but also other smokers within the online community. Motivational Facebook messages and formal moderated groups online also will be integrated into treatment.

“This format allows them to remain anonymous as much as they want, but have ease to access interventions when they are at the age when they are less likely to enter a treatment center, research lab or clinic,” Ramo said.

The study was supported by an institutional training grant, a center grant from the National Institute on Drug Abuse and an individual Postdoctoral Fellowship Award from the California Tobacco-Related Diseases Research Program.   The authors have no competing interests related to this research.