The odds that someone undergoing spinal surgery at a particular hospital will have to be readmitted to the same hospital within 30 days is an important measure of the quality of care patients receive. That’s because these “hospital readmission rates” often reflect problems like hospital-acquired infections or complications from surgery. 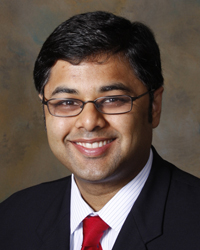 Now a new study by doctors in the departments of neurological surgery and orthopedic surgery at the UCSF Medical Center suggests there may be problems with how the rates are reported.

Today (April 17) at the American Association of Neurological Surgeons (AANS) meeting in Miami, the UCSF team is reporting that comparing publicly available overall readmission rates can lead to misinformation. The team examined “all cause” readmissions, the basis for the publically reported Centers for Medicare and Medicaid metric.

After analyzing thousands of spinal encounters from 2007-2011 at UCSF Medical Center collected from a database maintained by an organization named UHCdatabase, the UCSF team estimated that all cause readmission rates overestimate unplanned readmissions by up to 25 percent. The UCSF team found all cause readmission rates do not distinguish between planned, scheduled, staged surgeries and unplanned surgeries for complications.

“Publicly reported ‘all cause’ readmission rates may not be realistic,” said Praveen Mummaneni, MD, the senior author. “To be accurate, substantial drill down of readmission rates is needed to find clinically relevant causes.”

Reanalyzing readmission data for UCSF was possible because the university is a leader in collecting data on patient care at its hospitals and clinics. For years, neurosurgical and orthopedic faculty and administrators have been using this data to inform standard practices and to improve patient care. Such efforts have helped the UCSF Department of Neurological Surgery become the best neurosurgery program on the West coast and one of the top five nationwide, according to U.S. News & World Report.

The basic problem with “all cause” readmission rates, Mummaneni said, is that they include scheduled readmissions and readmissions that do not have anything to do with the initial admission.  This does not take into account the complexity of correcting problems involving the spine, which often call for two or more staged surgeries spaced out over several weeks.

One way spinal surgeons increase safety and effectiveness is by spreading surgery over multiple stages and several weeks. This allows, for instance, a surgical team to operate through the front of the neck in one surgery and through the back of the neck in the next. It allows tissue to heal in between surgeries.

Typical spinal surgeries at UCSF address various problems, from removing a cancerous tumor or fixing traumatic injuries to correcting a congenital deformity or addressing degenerative arthritis of the spine. The difficulty of those surgeries is increased by the delicate nature of the spinal cord and the possibility of encountering other injuries or ailments in the process. The level of difficulty also is very individual, varying for every surgery and for every patient, who range in age from infants to people over the age of 80.

Publicly reported readmission rates do not always take into account scheduled follow-up surgeries and unplanned hospital readmissions, causing the calculated rates to be over-estimated. This problem may present surgeons with a tough choice, Mummaneni said, forcing them to choose between scheduling multiple surgeries, which may be better for the patients, and scheduling single surgeries, which would improve readmission rate calculations. It could also encourage hospitals to schedule longer or less definitive surgeries.

Data for this presentation were retrieved from UHC’s Clinical Database, which collects data from 220 academic medical centers and affiliate organizations.  Unlike publically available readmission metrics, the UHC database allows for an organization to exclude scheduled readmissions from their readmission rate if the algorithm is queried with the correct exclusion criteria. Surgeons’ input is needed to ensure the queries are done correctly, said Mummaneni.