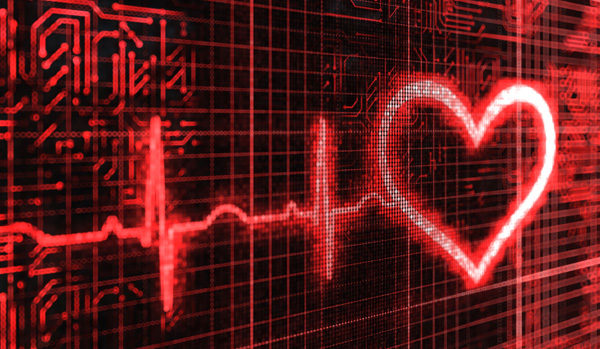 Can a simple diagnostic test used to measure a heart’s electrical activity help predict heart attacks? And can that knowledge help doctors reroute their patients away from coronary heart disease?

These are the questions researchers at UCSF asked in a comprehensive eight-year study focused on senior citizens in the United States.  Researchers found a higher risk of heart attack when abnormalities showed up on electrocardiogram (EKG) results of healthy elderly people.

“We did not include them if they reported a previous heart attack,” said lead author Reto Auer, MD, a research fellow at UCSF’s Department of Epidemiology and Biostatistics.  “So we looked at people who lived independently — not in assisted living facilities — with no history of heart attacks or coronary heart disease.”

The findings, scheduled to be published tomorrow in the Journal of the American Medical Association (JAMA), help answer the question of whether or not EKGs can be used to detect heart disease earlier in patients who don’t have chest pain or other symptoms.

“This research is taking the information from an EKG and adding it to other traditional risk factors to better predict who is going to have a heart attack,” said second author Douglas Bauer, MD, director of the UCSF Division of General Internal Medicine Research Program.

Researchers studied 2,192 healthy adults aged 70 and older for eight years in Memphis, Tenn., and Pittsburgh. Those with EKG abnormalities had more heart attacks. The results were consistent even when researchers took into account known risk factors for heart attacks, such as smoking, high cholesterol, high blood pressure and diabetes.

At baseline, 276 (13%) participants had minor and 506 (23%) major EKG abnormalities. During follow-up, 351 participants (16%) had coronary heart disease (CHD) events (96 heart-related deaths, 101 heart attacks, 154 hospitalizations for chest pain or a procedure to restore blood flow to the heart). Both baseline minor and major EKG abnormalities were associated with an increased risk of heart disease after adjusting for traditional risk factors.

Each abnormality was categorized in terms of the level of experienced risk. High risk markers included left bundle branch block, a cardiac condition in which the left ventricle contracts later than the right ventricle, as well as major ST-T wave changes in an EKG, among others. Low risk markers included subtle ST-T wave changes and T-wave abnormalities.

“There was a trend towards increased coronary heart disease (CHD) risk from no abnormality to minor, and from minor up to major abnormality,” Auer said. “But both minor and major EKG changes were significantly associated with an increased risk of CHD.”

Researchers were also interested in whether or not gender or self-reported racial differences played a role in determining a healthy person’s likelihood of a future heart attack among the 2,192 participants who identified themselves as either Caucasian or African American. Researchers found no correlation between elevated risk factors and gender or race.

“It was a good surprise,” Auer said. “It shows that it’s really the EKG changes that predict risk.”

Researchers say it is premature to advocate for the widespread use of their findings in a clinical setting, but that their initial evidence suggests there may be a role for EKG in adding to traditional risk factors, to better predict who is at risk for a heart attack.

“Anytime someone goes into the emergency room, especially elderly people, they typically get an EKG,” Auer said. “So in the patient’s electronic record system, you could include these EKG abnormalities as part of the patient’s overall risk — but we're not there yet.”

For now, though, researchers recommend patients become familiar with well-established risk factors that health care providers use to counsel individuals for their risk of future heart attacks and other heart problems.

Organizations such as the American Academy of Family Physicians recommends against ordering annual EKGs or any other cardiac screening for low-risk patients without symptoms. They say “there is little evidence that detection of coronary artery stenosis in asymptomatic patients at low risk for coronary heart disease improves health outcomes.”

The American Heart Association (AHA), however, recommends that EKG is reasonable for assessing the risk of coronary heart disease events of adults with hypertension or diabetes even though the U.S. Preventive Services Task Force (USPSTF) found that there is insufficient evidence to recommend for or against routine screening in adults at increased risk of heart disease. For adults at low risk, the AHA recommends that it may be considered while the USPSTF recommends against screening. However, prediction of heart attack by major cardiovascular risk factors is not as reliable in elderly adults as in younger individuals.

“Our view is that novel screening interventions should be tested on clinical outcomes,” Auer said. “Just because you know you might be at increased risk does not mean that you will be better off if your treatment is modified as a consequence of the test.”

This finding, still, could help an estimated 785,000 Americans who will have a first heart attack this year, and 470,000 who will have a recurrent attack. Heart disease remains the number one killer in the United States, accounting for one out of every three deaths, according to the American Heart Association.