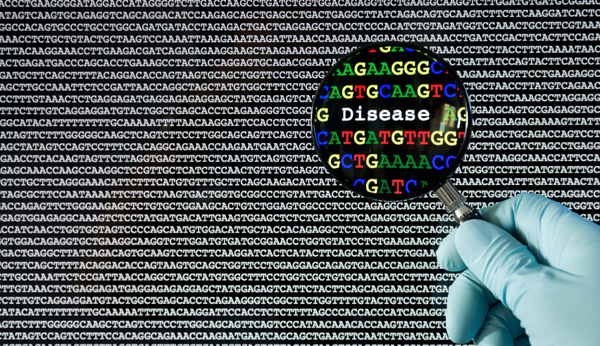 “Study Says DNA’s Power to Predict Illness Is Limited,” a New York Times online headline announced earlier this month. Your genome is not your destiny. Who’d have thought?

Many scientific experts in human genetics, for starters. Even those passionately dedicated to sleuthing genes that elevate disease risk readily admit that only a minority of risk genes help determine your destiny. In most cases, higher risk based on genetic inheritance does not seal your fate. 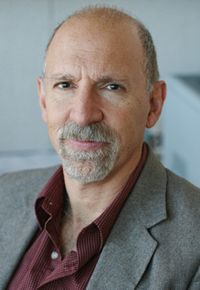 Neil Risch, PhD, a leading expert in statistical genetics and the director of the UCSF Institute for Human Genetics, agrees with one major conclusion presented by the study authors, the Times reporter, and other experts quoted in media coverage: genomic studies are more valuable for their potential to lead to a better understanding of diseases globally than for their predictive power for any individual patient.

Risch co-directs the Kaiser Permanente Research Program on Genes, Environment, and Health. Kaiser and UCSF were awarded $24.8 million by the National Institutes of Health (NIH) with funds from the American Recovery and Reinvestment Act (ARRA) to create a new resource for studying disease, health and aging. The project brings together Kaiser’s stewardship of a large, unique and growing clinical database with UCSF’s genotyping expertise to help researchers identify risk genes and other factors that elevate disease risk.

The days of finding the low-hanging fruit that inevitably leads to disease when inherited — Mendelian genes for fairly common genetic disorders such as Huntington’s disease or cystic fibrosis, for instance — are largely over. Researchers are harnessing new technologies to comb the human genome for myriad, genetic variations with far smaller effects on disease risk. But as the pace of DNA-data acquisition continues to accelerate, the number of variants associated with disease will grow.

So eyebrows raised at the claim that the new study in which researchers modeled the value of genomics in predicting disease — published online April 2 in Science Translational Medicine — overturns scientific dogma and points to a future in which knowledge of our own genomes holds little value for each of us. Population geneticists quoted in a news blog published by rival Nature Press found the study unremarkable and the model flawed, and speculated that major media coverage challenging the value of genomic research may be more harmful than enlightening.

Such media coverage may cause those who carry genes conferring very high risk for diseases — heart disease for instance — to decide that their chances of getting the disease have been overstated. Patients who should be motivated to change their behavior to minimize disease risks may ignore the risk and rely on luck.

Consider one reader’s comment after reading a news account of the study on a CNN health blog: “After my brother went into cardiac arrest brought on by a hereditary disease, I was tested for the gene, hoping and praying I didn't have it. Unfortunately I do, and I've been living with this fear I'm going to have the same problems. This article is good news to me. It takes some of the fear of the unknown away.”

Personalized medicine, in which a suite of molecules measured in a patient’s lab tests can inform decisions about preventing or treating diseases, is becoming a reality.

Already, cancer patients may benefit from genetic tests that predict how a cancer drug will be metabolized, or that reveal a tumor’s potential response to a targeted treatment.

One genetic test points to an extraordinarily high risk of certain forms of breast and ovarian cancers. A woman who tests positive may choose to take actions to lower her risk, while one who tests negative may be greatly relieved to know that neither she and nor her daughters will have an elevated risk.

And although there currently is no treatment to stop the progression of Alzheimer’s disease, many individuals might still want to know if they carry high-risk forms of the ApoE gene.

Risch doesn’t claim that genes hold all the answers. Nor does he dispute assertions that environment plays an important and underappreciated role, even in diseases with a strong genetic component. In fact a recent Risch-led study concluded that there is a major, still-unidentified environmental component to autism.

In addition, Risch says, for many diseases — including type II diabetes — behavior may greatly affect health regardless of genetic endowment.

However, the new study and the media coverage of it may be shortchanging the promise of genomics, according to Risch. As scientists learn about risk genes from the sequencing of human genomes, the potential benefit to the individual may grow. “As more human genomes are sequenced, and as more genetic variants are associated with disease, the predictive power of knowing about your risk genes may improve substantially,” Risch says.

“If a disease risk is affected by many genes, you’re not going to make much headway unless you know what they are,” he says. “If they all have small effects you need an enormous sample to actually cobble together a really good risk profile for an individual. If we are given the DNA sequence data for somebody, it’s not necessarily true that it cannot be predictive; it’s just that we do not yet have the data to make such a prediction. If there are a million genomes sequenced, and it’s tied to clinical data, things could get much better. The predictive value could substantially increase.

“Even today — and the authors of the study admit this — If I give you a list of 100 diseases, then maybe the sequence would indicate a high risk for at least one of them. Even if it’s just one disease, that information is valuable.”

The study highlighted in the Times, published by renowned Johns Hopkins University cancer biologist Bert Vogelstein, MD, and colleagues, is a modeling study based on disease incidence in identical twins, not an analysis of actual data sets aimed at identifying specific disease risks.

The study is unremarkable apart from the publicity it has received, and the researchers did not use usual conventions that statistical geneticists employ in modeling disease risks arising from genetic variations within populations, according to scientists cited in the Nature blog.

Many statistical geneticists have previously conducted research to probe the limits of genomic data in predicting disease risk, and bringing new ideas to this question is merited, experts say. But Risch and other experts say the new study did not account for errors that affect twin studies, and that the researchers used an unrealistic mathematical model. The study incorporated a novel division of human genomes into 20 “genometypes,” but ignored data on actual disease risk associated with genetic variants in doing so.

“Genetic epidemiology is full of many different study designs, but in a study like this one researchers normally will consider both identical twins — who share one-hundred percent of their DNA — and also fraternal twins, who share fifty percent,” Risch says. “It’s not right to say that, ‘Well, identical twins have identical genotypes, so that when the concordance for disease incidence is less than one-hundred percent or is only modest, then that means genetic variation is not very predictive.’”

“It boils down to how the risk is distributed within the population. Just looking at identical-twin data you cannot tell what sort of models will fit the data, and ultimately you need real genetic studies to determine whether a model actually is valid.”