There is no solid evidence to support the widely held belief that regions of the United States that spend more on health care and have higher rates of health care use deliver more unnecessary care to patients, or that low-cost areas deliver higher quality and more efficient care, according to a study led by Salomeh Keyhani, MD, a physician at the San Francisco VA Medical Center and an assistant professor of medicine UCSF. 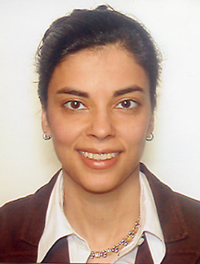 “Geographic variations in health care have captured the attention of researchers for the past 30 years, especially during the recent health care reform debate,” said Keyhani. “The assumption is that areas that spend more are delivering more inappropriate care in the form of unnecessary tests and procedures.” In turn, she said, “this has led policy makers to hold up low-cost areas as models of high-quality health care, and to propose policies that cap spending.”

That assumption is unwarranted, according to Keyhani and her co-authors. “The literature is so limited that you cannot either support or refute such an assertion. There is just not enough data,” said Keyhani.

In their study, the scientists reviewed 114,830 peer-reviewed articles, published between Jan. 1, 1978, and Jan. 1, 2009. They found only five that analyzed detailed clinical data in relation to geographic region, and concluded that the results of those papers “did not lend support” to the idea that higher cost regions deliver more inappropriate care. Their literature review was published in the March issue of the journal Medical Care.

“Do we have any evidence to say that the differences in cost of care in different localities are actually related to inappropriate care? No,” asserted Keyhani.

She concluded that “instead of focusing on geographic variations, more of our efforts should be directed at designing policies that will reduce inappropriate care in general, regardless of region.”

However, said Keyhani, “you need good scientific evidence to design such policies, and right now, that evidence is lacking.” In a related literature review based on the same 30-year data base, published on January 23 in the Archives of Internal Medicine, Keyhani and her colleagues found only 172 peer-reviewed articles that addressed the general topic of health care overuse.

One reason for the dearth of such literature, Keyhani said, is an overall lack of patient care guidelines by which researchers might judge overuse of tests and procedures: “There are not enough guidelines, and most of those that do exist don’t address inappropriate care. Guidelines state when you should give a diagnostic test, for example, but they don’t say when you shouldn’t. And if you have no standards, how can you say when care is inappropriate?”

Creating guidelines is “expensive and very labor intensive,” acknowledged Keyhani. “And it’s not something one health system can do by itself. There needs to be a national investment.”

Nonetheless, she said, the long-term benefits of such guidelines for the U.S. health care system would be considerable. “Overuse isn’t just a matter of unnecessary expense, but of patient safety,” she noted. “People assume that more care is better. In fact, we know that unwarranted procedures can add to health risks and lead to poor outcomes.”

Co-authors of the Medical Care paper are Raphael Falk, MD, MPH, of UCSF, Tara Bishop, MD, MPH, of Weill Cornell Medical College and Elizabeth A. Howell, MD, MPP, and Deborah Korenstein, MD, of Mount Sinai School of Medicine. The study was supported by funds from the Commonwealth Fund and the Department of Veterans Affairs.

Co-authors of the Archives paper are Deborah Korenstein, MD, Raphael Falk, MD, Elizabeth A. Howell, MD and Tara Bishop, MD, MPH. The study was supported by funds from the Commonwealth Fund and the Department of Veterans Affairs.