Women 65 or older who have even mild retinopathy, a disease of blood vessels in the retina, are more likely to have cognitive decline and related vascular changes in the brain, according to a multi-institutional study led by scientists at the University of California, San Francisco (UCSF).

The findings suggest that a relatively simple eye screening could serve as a marker for cognitive changes related to vascular disease, allowing for early diagnosis and treatment, potentially reducing the progression of cognitive impairment to dementia. 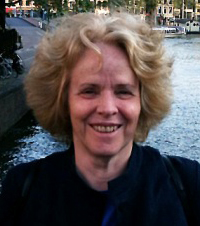 As retinopathy usually is caused by Type II diabetes or hypertension, a diagnosis could indicate early stages of these diseases, before they are clinically detectable. Early diagnosis could allow for lifestyle or drug interventions when they might be most effective.

“Lots of people who are pre-diabetic or pre-hypertensive develop retinopathy,” said the lead author of the study, Mary Haan, DrPH, MPH, UCSF professor of epidemiology and biostatistics. “Early intervention might reduce the progression to full onset diabetes or hypertension.”

Of the full group of women, 39 women, or 7.6 percent, were diagnosed with retinopathy. On average, these women scored worse on the cognition test than the other women. They had more difficulty, for instance, recalling a list of several words five minutes after hearing them.

The women with retinopathy also had more damage to the blood vessels of the brain. They had 47 percent more ischemic lesions, or holes, in the vasculature overall and 68 percent more lesions in the parietal lobe. The lesions, associated with vascular disease and sometimes stroke, are believed to be caused by high blood pressure. They also had more thickening of the white matter tracks that transmit signals in the brain, which also appear to be caused by high blood pressure.

Co-author Mark A. Espeland, PhD, of Wake Forest University School of Medicine conducted the analysis of the data. The senior author of the study is Kristine Yaffe, MD, UCSF professor of psychiatry, neurology and epidemiology and biostatistics.

The study was supported by the National Heart, Lung and Blood Institute, the U.S. Department of Health and Human Services, Wyeth Pharmaceuticals, and the National Institute on Aging.