Ob-gyns are uniquely positioned to play a major role in reducing the effects of toxic chemicals on women and babies, according to an analysis led by University of California, San Francisco (UCSF) researchers. 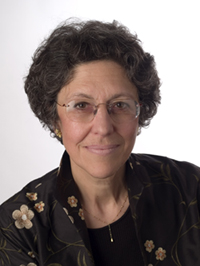 The team recommends a multipronged approach that includes evaluating patients’ environmental exposures to chemicals and providing education, in addition to broader strategies to influence government policy.

Over the past 70 years, there has been a dramatic increase in the number of natural and synthetic chemicals to which every person is exposed. A recent UCSF study showed that the bodies of virtually all U.S. pregnant women carry multiple chemicals, including some banned since the 1970s and others used in common products such as non-stick cookware, processed foods and personal care products.

At the same time, rapidly accumulating evidence shows that exposure to environmental chemicals at levels common in daily life can adversely impact reproductive and developmental health.

“Exposures to environmental chemicals before and during pregnancy are of particular concern, since we now know that encountering certain chemicals during these developmental periods is linked to a number of health problems,” said senior author Linda C. Giudice, MD, PhD, professor and chair of the UCSF Department of Obstetrics, Gynecology and Reproductive Sciences.

“Obstetricians, gynecologists and other reproductive health providers can play a groundbreaking role by intervening in critical stages of human development to translate the new science into healthier future generations,” she said.

The study is available online in the American Journal of Obstetrics and Gynecology.

Patient History Should Include Expsosure to Toxic Chemicals

Taking an exposure history is a key first step, according to the study’s lead author Patrice Sutton, MPH, a research scientist with the UCSF Program on Reproductive Health and the Environment.

“We recommend that clinicians always ask women of childbearing age about their occupational exposures to chemicals known to negatively impact health,” said Sutton.

“Many patients who are pregnant or thinking about becoming pregnant already are interested in their environmental exposures, and at the same time, other women of childbearing age are unaware of the risk of their exposures,” she said.

Clinicians should provide guidance about avoiding exposures at home, in the community and at work, and for example, it can be incorporated as part of childbirth classes. At UCSF, tips to avoid toxic environmental exposures are distributed through brochures and the hospital’s electronic health record to women and their partners who see an ob-gyn.

The role of reproductive health professionals in preventing exposure to environmental toxicants extends beyond the clinic or office setting, according to the study authors.  They suggest that physicians can work through their professional organizations to bring about healthier environments through policy change on the federal, state or local level, and within their institutions, clinicians can encourage their hospitals to create healthy food service models.

Society-wide actions are essential for reducing toxic exposures to pregnant women, since individuals cannot control their exposure to many toxins, such as through air pollution, according to Sutton.

The human reproductive system is particularly vulnerable to biological changes caused by chemicals in the environment when exposures occur during critical or sensitive periods of development such as in utero, and during infancy, childhood and adolescence. This vulnerability is partly due to extensive changes, such as cellular growth or hormonal shifts. Yet the majority of chemicals used for commercial purposes have entered the marketplace without testing and standardized information about their potential health effects, including among those most vulnerable, according to the team.

“Reproductive health professionals will find research that assists in minimizing health effects from environmental chemicals, valuable in managing care for patients,” said co-author Jeanne A. Conry, MD, PhD, president elect in nomination  of the American Congress of Obstetricians and Gynecologists and an obstetrician-gynecologist and assistant physician in chief with Kaiser Permanente, Roseville, near Sacramento, Calif.

“In light of what we know about the impact of environmental exposures to chemicals before and during pregnancy, clinicians who see patients during these critical periods can have just as important an impact as pediatricians,” Giudice said. Reproductive health professionals are poised to intervene even earlier in development than pediatricians, she added, so together the two professions can more strongly influence the long-term health of children, adolescents, and adults.

Financial support for this paper was provided to UCSF by New York Community Trust, the National Institute for Environmental Health Sciences, and the Environmental Protection Agency.

For more information about the UCSF study about chemicals and pregnant women, visit: http://www.ucsf.edu/news/2011/01/8371/ucsf-study-identifies-chemicals-pregnant-women.

For online brochures, in English and Spanish, with tips to reduce exposures to toxic chemicals in the home, workplace and environment, visit: http://prhe.ucsf.edu/prhe/toxicmatters.html.