Lloyd Kozloff, an influential microbiologist and dean emeritus of the UCSF Graduate Division, died of heart failure on March 10, 2012, at his sea-side home in Fort Bragg, California. He was 88. 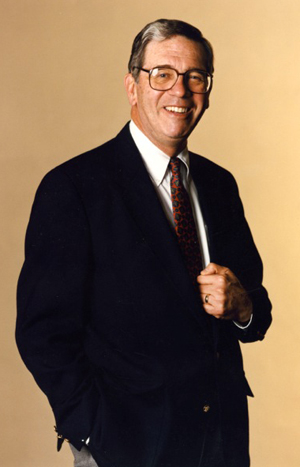 Kozloff moved to the University of California, San Francisco (UCSF) in 1980. He was appointed professor of Microbiology and Immunology and served as dean of the Graduate Division from 1981 to 1991. He took great satisfaction in mentoring graduate students.

As one who had participated in some of the early interdisciplinary collaborations that led to landmark developments in molecular biology at Cold Spring Harbor, Kozloff brought valuable perspective to the thriving graduate programs at UCSF.

In the 1980s, the Program in Biological Sciences (PIBS) and the Biomedical Sciences (BMS) were developing at the UCSF Parnassus campus and the Graduate Division became responsible for a growing number of postdoctoral students in biological, physical, and social sciences.

The stunning discoveries of UCSF’s research scientists in the 1970s were, by the 1980s, being recognized and commercialized through biotechnology and bioengineering, producing many job opportunities for postdocs in industry as well as in dentistry, medicine, nursing and pharmacy.

Born in Chicago in 1923, Kozloff showed his intellectual precocity early on, graduating high school at 16 and earning a bachelor’s degree in biochemistry at the University of Chicago at the age of 19. After a stint in the Navy during WWII, he returned to Chicago, where he earned his doctorate in 1948 working in the laboratory of Earl Evans. Kozloff was immediately asked to join the faculty of the Division of Biological Sciences at his alma mater, where he was promoted to full professor in 1961.

These were exciting times in molecular biology, and Kozloff’s work on bacteriophages helped lay the foundations of modern virology. He was a member of the “phage group,” a network of scientists — including Nobel laureates Salvador Luria and James Watson — concentrating on this particular family of viruses.

Kozloff’s own research focused on the biochemistry of virus replication, and, working with bacterial viruses, he helped pioneer the use of isotopic tracer techniques in biological systems. He was first to demonstrate the transfer of parental viral DNA to viral progeny. Throughout his career he published 85 scientific papers in journals and sixteen scientific reviews. One of his early essays is included in the seminal textbook, Phage and the Origins of Molecular Biology, published by Cold Spring Harbor Press. He spent his summers at the Marine Biological Institute of Woods Hole, working with Seymour Cohen and other microbiologists.

In 1963, Kozloff joined the faculty of the University of Colorado Health Sciences Center in Denver as professor of microbiology, continuing his work in bacterial genetics. Along with two colleagues, in 1967 he co-founded the Journal of Virology, a leading scientific periodical, which plans to publish an overview of his contributions.

In Colorado, Kozloff started a new interdisciplinary research strand, studying ice-nucleating bacteria, which he hoped would help prevent crop damage during frosts. He published on this topic in many venues, most notably in Science in 1984.

He and his wife, Bonnie, had four children. He loved hiking, and often enticed junior faculty at conferences to skip the presentations and go hiking instead, an activity and conversation that probably was more intellectually stimulating. A quote from Isak Dinesen decorated the wall of his office, summing up both his scientist’s sense of humor and his essential humility: “What is man, when you come to think upon him, but a minutely set, ingenious machine for turning with infinite artfulness, the red wine of Shiraz into urine?”

Kozloff retired in 1993. In 2005, he received the Distinguished Service Award for outstanding leadership and significant contributions from the Division of Biological Sciences, the Pritzker School of Medicine at the University of Chicago.

He will be remembered for his beaming smile, ready laughter, and passion for national politics. He is survived by his wife of 65 years, two brothers, four children, and six grandchildren.

When Kozloff retired from UCSF a scholarship fund in his name was created to support top-performing graduate students. Contributions in his honor can be made online at http://makeagift.ucsf.edu or via mail at the address below: