A drug once taken by people with HIV/AIDS, but long ago shelved after newer, modern antiretroviral therapies became available, has now shed light on how the human body uses its natural immunity to fight the virus — work that could help uncover new targets for drugs. 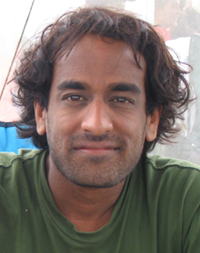 In an article published online this month by the journal PNAS, a group of U.S. and Swiss researchers led by scientists at the University of California, San Francisco (UCSF) presented the first clinical assessment of how this drug fights infections in people. The drug, called interferon, is a biotechnology product based on a protein the body naturally produces to fight infections.

While purified interferon was given to people with HIV/AIDS in the early days of the epidemic because it alleviated many of the symptoms of the disease, its mode of action was always something of a black box.

Experiments in the laboratory in recent years have shown how interferon may work to suppress HIV in vitro, but there was no clinical evidence until now showing how the drug attacks HIV in treated patients. The problem is that so few people actually take interferon for HIV any more. However, interferon is still used in combination with other drugs to treat hepatitis C, which gave the team the possibility to assess its effect on HIV.

Interferon is commonly used to treat people with hepatitis C virus, and Pillai and his colleagues were able to identify 20 people enrolled in the Swiss HIV Cohort Study, which began in 1988, who have both HIV and hepatitis C. All 20 were taking interferon to treat their hepatitis C, but none were receiving antiretroviral drugs to treat HIV. This allowed researchers to examine how interferon works to suppress the virus.

The new work sheds further light on somewhat mysterious components of the immune system known as restriction factors, which are chemicals the human body produces to keep viruses like HIV in check and prevent them from infecting other cells.

Unlike other parts of the immune system, where whole cells gobble up invading pathogens or attack other cells, the action of these restriction factors is more subtle and localized within the infected cell itself — one of the reasons scientists didn’t appreciate what they do until just a few years ago.

One of them, called APOBEC3, fights viruses by stealthily jumping onto new virus particles as they form. Therein, the APOBEC3 protein fouls up HIV’s genetic material by mutating it. When the virus tries to infect another cell, it no longer has the potency to replicate.

Another factor, called tetherin, takes an even more direct approach. It attaches to virus particles as they emerge from infected cells in the body and literally tethers them in place, preventing them from moving elsewhere in the body where they could infect new cells.

HIV has its own countermeasures to thwart these defenses. It produces a protein known as Vpu that neutralizes tetherin. Another HIV protein, called Vif, subverts APOBEC.

In the new study, Pillai and his colleagues showed that interferon combats HIV by mediating the action of both of these restriction factors. They collected samples from the 20 patients and measured the levels of APOBEC3 and tetherin before, during and after they took the drug interferon. The levels increased in response to interferon when the drug was in the bloodstream, and patients with the highest restriction factor levels showed the most precipitous drop in HIV viral load during interferon treatment.

While this insight does not immediately suggest new drugs or new ways of treating people with HIV, Pillai said scientists armed with this knowledge may one day figure out how to enhance this defense mechanism and specifically enhance the expression of restriction factors like tetherin and APOBEC3 in HIV-1–infected individuals.

If these factors can be induced to higher levels, their attack on the virus may become more potent — perhaps even overriding HIV’s countermeasures and helping flush the virus from infected cells.

In addition to UCSF, the authors of this study are affiliated with the San Francisco VA Medical Center, the Veterans Affairs San Diego Healthcare System at the University of California at San Diego, the Gladstone Institute of Virology and Immunology, and the Swiss university hospitals of Zurich, Berne, Lausanne, Basel, Geneva, St. Gallen and Lugano.