When a person is experiencing a prolonged convulsive seizure, quick medical intervention is critical. With every passing minute, the seizure becomes harder to stop, and can place the patient at risk of brain damage and death. This is why paramedics are trained to administer anticonvulsive medications as soon as possible – traditionally giving them intravenously before arriving at the hospital. 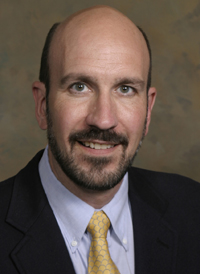 Now a major clinical trial has shown that an even faster method that involves injecting the drugs into the thigh muscle using an autoinjector (similar to a pre-loaded syringe) is just as safe and more effective.

The trial, carried out in 17 cities and 79 hospitals nationwide, involved 4,314 paramedics who treated some 893 patients ranging in age from young children to the very elderly. It took place from 2009 to 2011.

San Francisco was the third-highest enrolling city, with 121 patients. The city-wide initiative was coordinated through San Francisco General Hospital and Trauma Center (SFGH), which is part of the city’s Department of Public Health. All eight emergency ambulance destination hospitals in San Francisco participated, as did the paramedics in the San Francisco Fire Department, who administered the medications in the field.

“This project is a great example of the importance of community-based emergency research and the combined strength of a city’s entire health care system, when we all work together,” said J. Claude Hemphill III, MD, MAS, who led the San Francisco arm of the clinical trial. Hemphill is Chief of Neurology at SFGH and co-director of the UCSF Brain and Spinal Injury Center.

The results of the trial, sponsored by the National Institutes of Health, are described this week in the New England Journal of Medicine (2/16/12).

The particular condition addressed in the study is known as status epilepticus, a seizure that lasts longer than five minutes and does not stop on its own. The episode is a potentially life-threatening emergency that is associated with 55,000 deaths each year. Prolonged status epilepticus can last for hours and sometimes is controlled only with general anesthesia.

First-line treatment for these seizures has involved administering anticonvulsant medications directly into a vein, but starting an IV line in a patient experiencing convulsive seizures can pose a challenge for paramedics and take precious time.

Giving an intramuscular shot of anticonvulsant medicine into a patient’s thigh muscle is easier and faster. The motivation for the trial was to determine if it would be as safe and effective as an IV medication. The study compared how well delivery by each method stopped patients’ seizures by the time the ambulance arrived at the emergency department.

Specifically, the study compared two medicines known to be effective in controlling seizures, midazolam and lorazepam. Both are benzodiazepines, a class of sedating anticonvulsant (antiseizure) drugs. Midazolam was a candidate for injection because it is rapidly absorbed from muscle. But lorazepam must be given by IV.

What the RAMPART Trial Showed

The study, formally named the Rapid Anticonvulsant Medication Prior to Arrival Trial (RAMPART) study, was the first randomized clinical trial to investigate whether intramuscular (IM) delivery of midazolam was as effective as IV lorazepam. IV medications are the current standard for acute seizure treatment. RAMPART started in June 2009 and completed enrollment in January 2011.

Paramedics involved in the trial used study boxes with a time-stamped voice recorder that allowed them to indicate the time treatment began and the time the patient’s convulsions stopped, all without having to interrupt patient care to record data. The goal of the study was to stop the patient from having convulsive seizures without having to deliver a second “rescue” dose of medicine.

In RAMPART, 73 percent of patients in the group receiving IM midazolam were seizure-free upon arrival at the hospital, compared to 63 percent of patients who received IV treatment with lorazepam. Patients treated with midazolam were also less likely to require hospitalization and admission to an intensive care unit than those receiving IV lorazepam. Among those admitted, both groups had similarly low rates of recurrent seizures.

“It’s much easier to give intramuscular injections than have to start an IV,” said Hemphill. “Given the results of RAMPART, it is time for every emergency medical system in the United States to move toward intramuscular injection of midazolam as a first treatment to stop seizures in the prehospital setting.”

In the study, paramedics used special autoinjectors that were prefilled with midazolam. The investigators said that while autoinjectors might someday be available for use by epilepsy patients and their family members, more research is required. Because of the strong sedative effect of midazolam, on-site medical supervision is now required for the safety of the patient.

Another special aspect of the study was that it was conducted under a special federal regulation known as exception from informed consent for emergency research. This exception is designed to protect patients who are involved in research when consent is not possible because of their medical condition. Community consultation is held in advance of the study to raise awareness, ensure transparency, and get input from local residents.

“This study establishes that rapid intramuscular injection of an anticonvulsant drug is safe and effective,” said Walter Koroshetz, M.D., deputy director of the National Institute of Neurological Disorders and Stroke (NINDS), part of the NIH, which funded the study.

The Neurological Emergencies Treatment Trials (NETT) network of investigators that designed and carried out the trial was established by NINDS to conduct clinical trials on a variety of acute conditions affecting the brain such as seizures, stroke, and traumatic brain injury. NETT investigators are organized into a system of 17 major research hospitals throughout the country, each of which is linked to several community hospitals and other medical centers.

Additional funding was provided by the NIH Countermeasures Against Chemical Threats (NIH CounterACT) program and the Biomedical Advanced Research and Development Authority (BARDA). The Department of Defense’s Chemical Biological Medical Systems (CBMS) Joint Project Management Office provided the autoinjectors for the trial under a Memorandum of Agreement with NINDS.