Scientists at the University of California, San Francisco (UCSF) have identified nearly 200 genes in the healthy prostate tissue of men with low-grade prostate cancer that may help explain how physical activity improves survival from the disease. 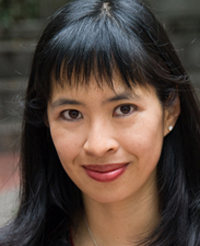 The study compared the activity of some 20,000 genes in healthy prostate tissue biopsied from several dozen patients.

The finding builds on two studies last year by UCSF and Harvard School of Public Health that showed brisk walking or vigorous exercise, such as jogging for three or more hours a week, was linked to a lowered risk of prostate cancer progression and death after diagnosis. Those earlier studies, however, offered no explanation as to why.

In the current work, to be presented Friday, Feb. 3, 2012 at an American Society of Clinical Oncology (ASCO) meeting in San Francisco, the UCSF team teased out a molecular profile of 184 genes whose expression in the prostate gland is linked to vigorous exercise.

Understanding how the activity of these genes is impacted by vigorous exercise and how this might translate to a lowered risk of prostate cancer progression may help reveal new ways to manage the disease, said the senior author of the study, June Chan, ScD, the Steven and Christine Burd-Safeway Distinguished Professor at UCSF.

Prostate cancer is one of the most commonly diagnosed cancers in the United States. More than 217,000 U.S. men are diagnosed with the disease, and some 32,000 men die from prostate cancer, each year, according to the National Cancer Institute.

The analysis involved examining the levels of expression, or activity, of the same 20,000 genes in 70 men. This information was correlated with the exercise patterns the men reported on questionnaires.

The study revealed 109 genes were “up-regulated,” or more active, and 75 were “down-regulated” or less active, among the men who exercised vigorously for at least three hours a week compared to those who exercised less. Among the genes that exhibited greater expression were a number that already are thought to help thwart cancer progression, including the well-known “tumor suppressor” genes BRCA1 and BRCA2, as well as genes involved in cell cycle and DNA repair. The authors are continuing to analyze the data, including investigating pathways that were down-regulated by vigorous physical activity.

The team plans to follow this small, preliminary study with an investigation in a larger population of men. In another future study, they plan to examine the effects of physical activity among men who already have experienced cancer recurrence. Further research on these genes, said Chan, may help to determine how exercise contributes to improved cancer survivorship, and suggest novel strategies for prevention.