UCSF’s efforts to harness and understand the impact of music therapy on the brain was featured in a recent PBS NewsHour story on “The Healing Power of Music.” 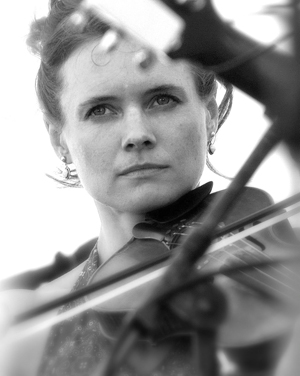 The segment, which aired on Feb. 27, was inspired by former U.S. representative Gabrielle Gifford’s recovery of speech after her brain injury from a gunshot last year. The story explored initiatives to tap the power of music to treat a wide range of brain disorders,as well as heart rates, anxiety, pain and depression.

Research on the impact of music therapy is in its infancy, but scientists do know that music activates a number of regions of the brain, and that it can have specific benefits for brain recovery. Giffords’ family credits music therapy in her recovery of speech.

The segment highlighted efforts by music therapists at UCSF Benioff Children’s Hospital, such as Meagan Hughes, who work with children with muscular dystrophy and other neurological diseases, as well as cancer. Pediatric oncologist Robert Goldsby, MD, said music “can soothe the soul and help [young patients] get through the process of cancer therapy.”

The story also included an interview with cognitive neuroscientist Julene Johnson, PhD, who, in one investigation, studied the impact of singing in a choir on quality of life for older adults in Finland. None of the participants reported symptoms of depression. There is significant evidence for the benefit of music, she said. “We’re still really trying to understand the mechanisms that influence the therapeutic effects.”

The UCSF Memory and Aging Center’s own artist in residence, bluegrass fiddler-dancer Heidi Clare Lambert, also was featured. Lambert, whose residency is intended to inspire clinicians and scientists to think in new ways about the brain and neurodegenerative disease, creativity and musicality, holds monthly workshops, which draw a range of people – from music therapists working with Parkinson’s patients, to neurologists, to clinical researchers, to patients and families.

The NewsHour team witnessed a boisterous hour of square dancing to rounds of fiddle playing. Lambert is the second artist to participate in the UCSF Hellman Visiting Artist Program at the Memory and Aging Center, which is directed by Bruce Miller, MD. The monthly workshops are open to the public.