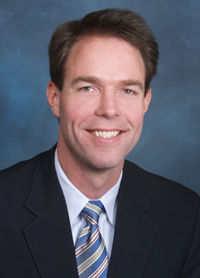 Hepatitis C virus — not AIDS-causing HIV — is the leading chronic virus infection leading to death in the United States, and its victims most often are baby boomers. More than half who are infected do not know it.

Researchers from the U.S. Centers for Disease Control and Prevention (CDC) found in a study published in the February 21 issue of the Annals of Internal Medicine that hepatitis C had overtaken HIV as a cause of death in the United States by 2007.

The good news, according to UCSF liver specialist Alex Monto, MD, is that there has been progress in fighting both diseases, and the kinds of drug combination strategies that have done so much to transform HIV infection from a death sentence to a manageable disease are poised to further boost cure rates for those infected with hepatitis C. 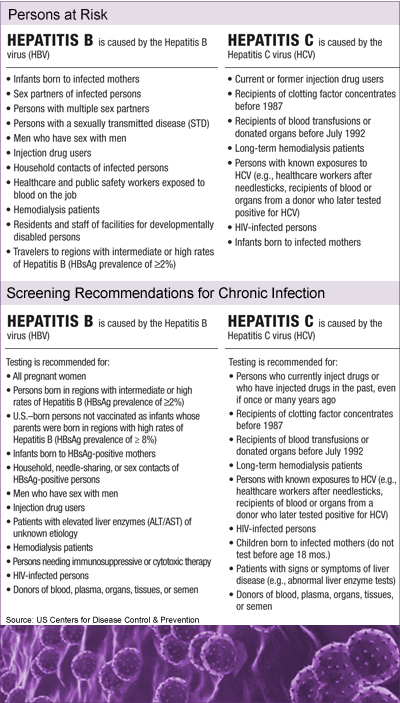 “We know that not enough people with risk factors get tested,” Monto says. “There are a lot of people walking around with hepatitis C who don’t know it.”

Monto directs the liver clinic at the UCSF-affiliated San Francisco Veteran’s Affairs Medical Center, one of four hepatitis C centers nationally within the VA system. Like boomers, veterans are disproportionately affected by hepatitis C. The VA cares for 165,000 patients who are chronically infected with the virus.

Chronic Hepatitis C has been diagnosed in about three million people in the United States. It often causes no symptoms, and many who have been infected for years or even decades may remain unaware of it until symptoms finally appear. The ultimate cause of death attributable to chronic infection is cirrhosis or liver cancer, although the disease progresses to cirrhosis in fewer than half of cases. There is no vaccine.

“The main risk factor in the United States is past injection-drug use,” Monto says. “The others most at risk are those who received blood transfusions before 1992,” Monto says, referring to the year when high-quality screening of the blood supply was implemented.

Compared to HIV or hepatitis B, the risk of hepatitis C being transmitted by sex is low, Monto says, but among men who have sex with men there has been an increase in reports of the virus being sexually transmitted, more so among those who are infected with HIV.

“Anybody with a history of ever being exposed to injection drugs or who received a transfusion before the blood supply was screened should be tested,” Monto says. “That’s not controversial at all. What has been controversial is whether or not all baby boomers should be screened.”

Another study in this week’s edition of the journal suggests that a one-time blood test ordered by primary care providers to screen for antibodies to hepatitis C in those born between 1945 and 1965 would be cost effective — costing $2,874 for each chronically infected patient identified — and would lead to the identification of more than 800,000 previously undiagnosed cases.

Those who are chronically infected may be able to reduce the likelihood of disease progression by avoiding alcohol, by maintaining a healthy weight, and by being vaccinated against hepatitis A and hepatitis B, Monto says.

About four out of five who are infected do not rid themselves of the virus without treatment. For about a decade the standard treatment was a combination of two drugs — pegylated interferon given once per week by subcutaneous injection, and daily ribavirin pills, with treatment lasting from six to 11 months. This treatment represented a vast improvement — offering cure rates of 40 percent to 50 percent in most patients, according to Monto. 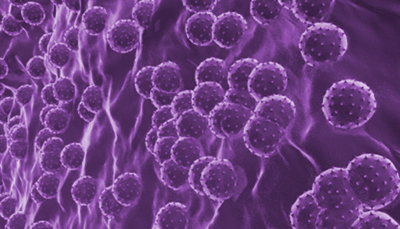 Within the past year two new drugs of a type known as protease inhibitors have become available. These are valuable for the 75 percent of U.S. hepatitis C patients infected with a form of the virus called genotype 1. With the protease inhibitors added to the mix, the duration of treatment may be shorter, and the cure rate has increased to about 70 percent in patients who have not previously been treated, Monto says. A cure may be less likely for those who have been previously treated, depending on how they responded to earlier treatment.

“New therapies are clearly getting better, and there are probably 25 to 30 new drugs in the pipeline, with many coming out in the next few years,” Monto says. “There are going to be drugs that are better than the ones we have so far.” Several UCSF researchers, including Monto, are helping to evaluate new drugs in clinical trials. UCSF researchers also are investigating the role of the immune system in hepatitis C and hepatitis B infection.

Not to Be Confused with Hepatitis B

Despite the similar names, the two viruses are not closely related. Hepatitis B is spread much more easily through sexual intercourse, and passes from mother to newborn child much more easily. In most adults who become infected the immune system successfully controls infection. Only about five percent of adults exposed to hepatitis B become chronically infected, according to Monto.

There are vaccines for hepatitis B. A UCSF laboratory team led by William Rutter, PhD, now professor emeritus, first demonstrated that an uncontaminated source of material for a hepatitis B vaccine could be obtained by mass-producing viral proteins in genetically engineered, laboratory-grown yeast. This was the groundwork leading to the first marketed genetically engineered vaccine, made by Chiron, a company co-founded by Rutter.