Randy Daron, PsyD, recently appointed UCSF Ombuds, finds himself frequently explaining the meaning of the word “Ombuds” to members of the UCSF community. 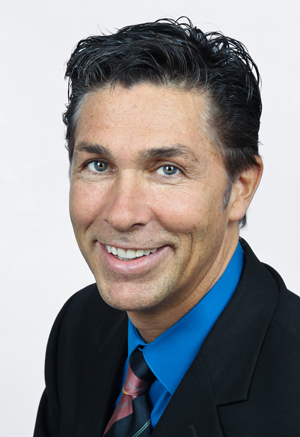 Beyond the origin of the word, he also explains the role at UCSF, since understanding of what an ombudsman is or does is limited, despite the explosion of growth in the profession of organizational ombuds in the past decade.

In fact, the nation has seen a substantial increase of the profession in every sector — corporate, higher education, health care, government service, etc.

The lack of understanding about the job is further clouded because of the existence of two distinct types of Ombuds — the classical Ombuds who is appointed by the government to represent the public in dealing with issues and concerns of government conduct, and organizational Ombuds. Daron’s role at UCSF is the latter type as he acts as a neutral party in resolving disputes within the workplace, both on campus and in the medical center.

So why has a new office — the Office of the Ombuds — been created at UCSF, especially during these difficult budgetary times?

UCSF’s former Work~Life Resource Center (WLRC) operated as a quasi-ombuds office and addressed one aspect of the campus mission, promoting a supportive work environment, which has been a work in progress at UCSF for many years. Today, it is part of a larger goal to become the workplace of choice, which is outlined in UCSF’s three-year plan outlined by Chancellor Susan Desmond-Hellmann, MD, MPH.

Daron is well versed in this goal, having served as acting director of WLRC, where he provided a range of problem-solving services, including mediation, problem resolution and trainings and presentations on a variety of workplace topics, such as effective communication, emotional intelligence and conflict management.

However, with UCSF’s increasing organizational changes to improve organizational effectiveness through individual empowerment, it appeared to be the right time to officially provide this uniquely safe, neutral and confidential resource at UCSF, according to Daron.

“Like the associated mediation services, ombuds services are recognized as cost-effective, by reducing the financial and human toll of addressing complaints that otherwise might be pursued through formal grievance procedures,” he says.

Ombuds Office Open to All

Following a UC systemwide search, Daron was selected as UCSF’s first Ombuds last spring. Bringing his WLRC experience to the role, Daron’s transition has been smooth and he continues to focus on publicizing this new service, which is available to all members of UCSF.

The term “Ombudsman” is an English translation of the Swedish word “umbudsman” from the Old Norse “umboosmaor” meaning representative.  An Ombudsman is one who advocates for fairness, equity and administrative efficiency.

“Daron’s academic training as a clinical psychologist, his work experience in the WLRC, his knowledge of the complexities and culture of UCSF, coupled with his personal standards related to ethics, confidentiality and neutrality all contributed to his appointment,” says Sally Marshall, PhD, vice provost of Academic Affairs.

Having completed training by the International Ombuds Association (IOA), Daron and Maureen Brodie, who oversees the mediation services component of the Ombuds Office, have spent time over the past several months to ensure that office and University practices are consistent with IOA standards. This includes educating UCSF leadership and management about the necessity —and value — of the office’s independence.  This means that, while the position reports to Vice Provost Marshall, it does so only for administrative and budgetary reasons. No information about specific complaints is reported without the explicit permission of the visitor.

UCSF managers must also support the Ombuds neutrality, even if the Ombuds raises issues or trends that the institution prefers not to hear.  This “early warning” capability is another responsibility of the Ombuds — to communicate trends to senior management — before they surface elsewhere as emerging problems and with a goal to effect systemic change.

Coming up on his first year as Ombuds, Daron says he stresses to faculty, staff, students, post-docs and other trainees that their conversations are confidential. Many express concerns about perceived risk with raising their complaint and are seeking options in a safe and confidential manner.  Some visitors question the neutrality of an Ombuds who is employed by UCSF, so Daron explains that he is neither an advocate for the employee nor the University, but does advocate for a fair process.

So far, Daron says, the most common complaints include managerial styles that may create conflict, distrust or distress for employees; unclear roles and responsibilities that affect employee performance; and organizational and job changes that have not been clearly communicated or understood resulting in frustration. In these situations, mediation services might be offered in addition to other options, he says.

“The addition of an Ombuds Office has expanded the alternative dispute resolution options available to all members of UCSF,” Daron explains. “It’s an office where people can bring their concerns and issues forward for strictly confidential assistance, without fear of retribution.”

As the most flexible alternative to formal complaint procedures with potential benefits to all, it is a service whose time has come.

“It is an option that meets the needs of our ever-increasingly diverse institution whose members are accustomed to, and value, informal approaches as opposed to formal, rights-based processes to address myriad issues,” Daron says.