A large-scale national study suggests low to moderate use of marijuana is less harmful to users’ lungs than exposure to tobacco, even though the two substances contain many of the same components.

This comprehensive study, led by UCSF and University of Alabama at Birmingham, collected data from more than 5,000 U.S. adults for more than 20 years.

Smoking cigarettes can cause significant lung damage, including respiratory symptoms, chronic obstructive pulmonary disease and lung cancer. It accounts for an estimated 443,000 deaths, or nearly one in every five deaths, each year in the United States, according to the U.S. Centers for Disease Control and Prevention (CDC). Data for the long-term effects of marijuana use on the pulmonary system has been scarce until now. 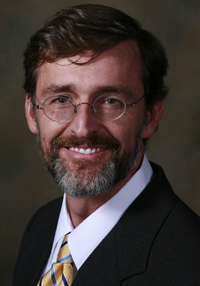 “We found exactly what we thought we would find in relation to tobacco exposure: a consistent loss of lung function with increasing exposure,” said the paper’s lead author, Mark Pletcher, MD, MPH, associate professor in the Division of Clinical Epidemiology at UCSF. “We were, however, surprised that we found such a different pattern of association with marijuana exposure.”

In a paper published today in the Journal of American Medical Association (JAMA), researchers analyzed the relationship between current and lifetime exposure to marijuana and pulmonary function. The Coronary Artery Risk Development in Young Adults (CARDIA) study collected medical data from 5,115 men and women in four U.S. cities from 1985 to 2006.

They measured air flow rate – the speed in which a person can blow out air – and lung volume, which is the amount of air a person is capable of holding, typically about six liters of air for an adult male. Lung function was measured using a common medical device called a spirometer that measures air flow when the participant breathes in and out.

The same was not true with marijuana use. Air flow rate increased rather than decreased with increased exposure to marijuana up to a certain level.

“An important factor that helps explain the difference in effects from these two substances is the amount of each that is typically smoked,” Pletcher said. “Tobacco users typically smoke ten to 20 cigarettes/day, and some smoke much more than that. Marijuana users, on average, smoke only two to three times a month, so the typical exposure to marijuana is much lower than for tobacco.”

“And marijuana is one where a lot of people dabble with it in their late teens and 20s, and some people continue with relatively low levels for a long period of time,” Kertesz added.

Heavy Marijuana Use May Take Toll

Although there was a suggestion that very heavy use of marijuana might be taking a toll on the lungs, the researchers could not get reliable estimates of the effects of very heavy marijuana exposure, as such smokers were relatively rare in the study population.

All participants in the study began as young, healthy adults 18 to 30 years old from four communities: Oakland, Chicago, Minneapolis and Birmingham. They volunteered to be part of this long-term medical research study, agreeing that their data could be used to explore questions, including about tobacco and marijuana use.

Researchers believe the results can supplement the growing body of knowledge about beneficial aspects of low to moderate marijuana use in controlling pain, stimulating appetite, elevating mood and managing other chronic symptoms.

“Our findings suggest that occasional use of marijuana for these or other purposes may not be associated with adverse consequences on pulmonary function,” Pletcher said. “On the other hand, our findings do suggest an accelerated decline in pulmonary function with heavier use – either very frequent use or frequent use over many years – and a resulting need for caution and moderation when marijuana use is considered.”

Pletcher is the lead author of the paper; co-authors are Eric Vittinghoff, PhD, and Feng Lin, MS; of the UCSF Department of Epidemiology and Biostatistics; Ravi Kalhan, MD, MS, of the Divison of Pulmonary and Critical Care Medicine at Northwestern University Feinberg School of Medicine; Stephen Sidney, MD, MPH, of Kaiser Permanente of Northern California, Oakland; Joshua Richman, MD, PhD, Monika Safford, MD, and Stefan Kertesz, MD, of the University of Alabama at Birmingham and Veterans Affairs Medical Center.

The study was supported by funds from the National Heart Lung Blood Institute.