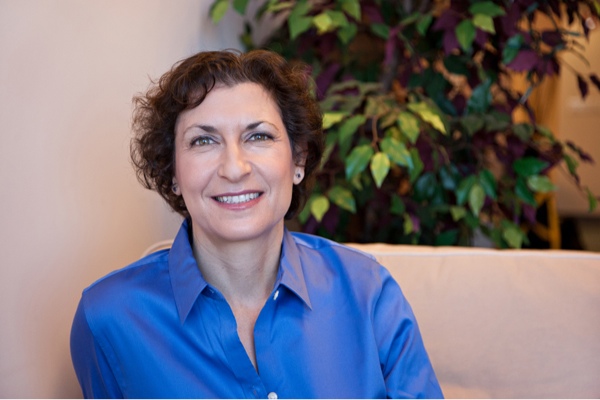 Elizabeth Watkins, PhD, has been named dean of the UCSF Graduate Division

UCSF has named Elizabeth Watkins, an eclectic, prolific and versatile historian of science, as the dean of the Graduate Division, effective April 1.

Watkins, PhD, is director of graduate studies for the History of Health Sciences program, which she and her colleagues reopened after she arrived at UCSF in 2004, and a professor in the Department of Anthropology, History and Social Medicine.

“Her experience in working with researchers across multiple disciplines and in communicating with a diverse range of audiences will be invaluable in her capacity to lead our Graduate Division with its broad set of stakeholders,” said Jeffrey Bluestone, PhD, executive vice chancellor and provost at UCSF.

The Graduate Division offers top-ranked programs in the biological, biomedical, pharmaceutical, nursing, and social and behavioral sciences. UCSF graduate students may conduct research in basic, clinical, social, and behavioral sciences. Their work ultimately will help to ensure the health of humans, shape health care systems, and influence public education about the prevention of disease. Competition is intense for acceptance into the Graduate Division, which admits 125 students from among 1,800 applicants.

The position as dean, vacated when Patricia Calarco, PhD, retired on Oct. 1 after a productive 40-year career at UCSF, has been filled in the interim by Joseph Castro, PhD, UCSF vice chancellor for Student Academic Affairs.

“What appeals to me about this new job is being involved in something larger,” said Watkins, 49. “I’m passionate about education, especially graduate education.”

She is equally fervid about the subject of history.

“We need to know where we came from,” Watkins said. “Historians offer a unique perspective, which is particularly important for health policy so that decisions aren’t made just in terms of what has happened in the last few years. We need to understand how we got to where we are.”

People she meets outside the University are surprised to learn that history is taught at UCSF.

“Once I engage them in conversation, they become fascinated,” Watkins said. “It’s an easy sell. I see that as one of my challenges and goals: to raise the profile of all the graduate programs, both on campus and in the wider community. Research is really driven by our graduate students. They cross-pollinate between different labs, and their work will eventually give us the next generation of innovations.”

One of her top priorities will be visiting the people and the programs in the Graduate Division. She already knows most program directors, but wants to talk to faculty and students about their work and what kinds of services and support would be helpful.

Watkins was born and bred in Rhode Island. Her mother was a school psychologist and her father owned a textile mill. She earned a B.A. degree in biology at Harvard University in 1984, and then taught chemistry and biology at an inner-city Boston high school and a Concord boarding school. Five years later, she returned to Harvard, where she received a PhD degree in the history of science and produced a dissertation that turned into her first book, On the Pill: A Social History of Oral Contraceptives, 1950-1970.

After earning her doctorate in 1996, Watkins worked as the senior historian and curated several exhibits at the Pittsburgh Regional History Center, and then taught history at Carnegie Mellon University until she moved to San Francisco in 2004.

Her career has explored the interplay of medicine, science, commerce and culture in the United States in the 20th-21st centuries, with most of her research focused on birth control, on hormones, gender and aging, on pharmaceuticals, and on stress and disease.

She has researched, published and taught extensively, written or co-edited four books, and served on numerous committees, while somehow managing to raise two daughters. The 23-year-old attends medical school at UCSF, while the 19-year-old studies at UCLA.

Asked how she has been able to accomplish so much, Watkins said: “I’m very organized. I feel like I can stay on top of things. I kept a neat room as a child -- it keeps me focused and sane, knowing where things are. But I’m not a control freak. I believe in collaboration and getting people to work toward shared goals.”

She lives in the Sunset with her boyfriend, likes to ride her bicycle and loves to read. Watkins buys dozens of books at the public library’s big sale each year, and subscribes to the New Yorker, New York Times and San Francisco Chronicle; she does the Times’ crossword puzzle whenever she can.

Her Laurel Heights office is full of books, displayed on wooden bookshelves that make the room warm and personable, much like Watkins herself. Decor includes two posters from the History of Contraception Museum -- one studded with IUDs a young visitor mistook for pasta -- and a map of Paris.

“Paris will always have a very fond place in my heart,” said Watkins, who spent a year there in the early 1980s working as a research assistant in a Pasteur Institute laboratory.

Her new office will be located in the Rutter Center on the UCSF Mission Bay campus. She is looking forward to getting to know its buildings and what’s inside them, and also to experiencing sunshine in the summer.