In this video profile originally posted in 2009 on the UCSF diversity website, Mary Anne Koda-Kimble, dean of the UCSF School of Pharmacy, reflects on her life growing up as a Japanese American in a small rural town and her long career at UCSF.

Mary Anne Koda-Kimble, PharmD, a well-loved dean at UCSF who led the School of Pharmacy to its enduring position as the premier such program in the United States, will retire at the end of June. 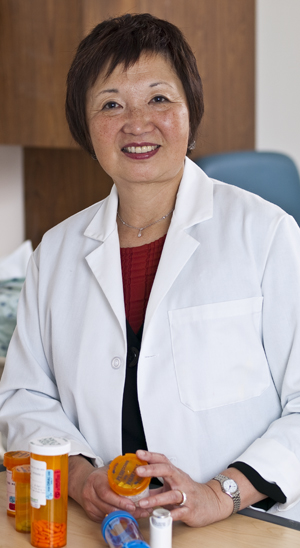 Koda-Kimble — whose 46 years at UCSF began as a PharmD student — became in 1998 the first female dean of the top-ranked pharmacy school in the nation and the first leader from a clinical background. During her tenure as dean, she has left an impressive legacy, from strengthening and expanding laboratory-based research programs to breaking new ground in fostering programs that move research discoveries closer to clinical application.

Under her leadership, the school has hired young experts in physics, computation, bioengineering, clinical specialties, medication safety and clinical research. The number of full-time faculty has grown from 83 to 109, with 89 new hires.

“Mary Anne has made an extraordinary contribution to the field of pharmaceutical sciences,” said UCSF Chancellor Susan Desmond-Hellmann, MD, MPH. “She has played a key role in creating and building the field of clinical pharmacy, transforming pharmacists from pill-counters to professional experts on medications, interactions and personalized medicine. She also has hired an extraordinary faculty, made up of visionary scientists who are pushing the edge of therapeutic science. She will be deeply missed, not only for her tremendous vision and leadership, but for the personal touch she has brought to UCSF community, cultivating faculty and students alike to help them flourish.

“I am personally extremely grateful to her for postponing her retirement to help see the institution through the transition of my first years at UCSF. It clearly underscores her respect for the institution and the senior leadership team. Her service has been invaluable.”

Koda-Kimble championed — along with School of Medicine leaders — the creation of a new Department of Bioengineering and Therapeutic Sciences. This union helped meet the schools’ strategic goals of creating new research tools and working across the physical and biological sciences.

Koda-Kimble has overseen the accreditation and continued review of a revamped PharmD curriculum. She, together with leaders in the School of Medicine, supported two, new, interdisciplinary, doctoral-degree programs, one in chemistry and chemical biology, and one in pharmaceutical sciences and pharmacogenomics. While at the helm, the school became an official partner with the UCSF/UC Berkeley Joint Graduate Group in Bioengineering. She also created new interdisciplinary master’s degree programs in translational medicine and clinical research.

Colleagues of Mary Anne Koda-Kimble reflect on her leadership and on their experiences working with her as she prepares to step down as dean of the UCSF School of Pharmacy at the end of June.
See all quotes

"As dean, Mary Anne brought wisdom and warmth, courage and compassion, intelligence and humor to the School, the Campus, and the national pharmacy enterprise. She was an outstanding leader and an exemplary teacher to students and staff. She led the School through the traumas and triumphs of Mission Bay to new levels of achievement at UCSF and throughout the country. I wish her well in her next adventures. We will all miss her very much."
- Irwin “Tack” Kuntz, PhD, professor, Department of Pharmaceutical Chemistry

"To say that Mary Anne leaves big shoes to fill is a classic understatement. She has taken one of the best programs in the country over the top in so many dimensions, and she will be remembered as an exemplary leader, outstanding executive and an amazing human being."
- Lucinda L. Maine, PhD, RPh, executive vice president and CEO, American Association of Colleges of Pharmacy

The UCSF School of Pharmacy has received more funding from the National Institutes of Health (NIH) than any other pharmacy school in the United States every year a since 1979. But during Koda-Kimble’s tenure as dean, funding from NIH grants has increased from more than $4 million in 1999 to more than $27 million.

“The research funding in all three of our departments, all led by strong chairs, has continually increased,” she says. “The funding numbers are a direct reflection on the quality of the science conducted here and its collaborative nature. Imagine — even with so many young new hires, the schools’ research funding has continued to rise. This speaks to an exceptional, brilliant faculty.”

“The school’s strides are absolutely those of the faculty supported by a talented staff,” she stresses. "My job has been to clear the path, facilitate the big thinking that results in great plans — all so the faculty and staff can march forward at the best possible pace. They are the pioneers.”

Koda-Kimble, the Thomas J. Long Chair in Community Pharmacy Practice, earned her PharmD degree at UCSF in 1969 and joined the faculty in 1970. She quickly assumed increasing administrative and leadership responsibilities in the school — first as vice chair of the Division of Clinical Pharmacy and associate dean for student affairs, and then as chair of the Department of Clinical Pharmacy. She held the latter position until she was named dean in 1998.

Early on Koda-Kimble was part of the movement — begun at UCSF — for pharmacists to assume clinical patient care responsibilities and to not serve merely as drug dispensers. She collaborated with other editors to put together the world's first clinical pharmacy therapeutics textbook based on patient case histories — now in its ninth edition — and has continually been a relentless advocate of the pharmacist’s role in patient care.

As a result of the advocacy of Koda-Kimble, others in the school and colleagues of like mind nationwide, pharmacists began to work side-by-side with physicians and nurses to assure the best selection and administration of medicines and to advise patients and their families on the expected effects of their medicines and how to best take them. Pharmacists have become active, clinical members of the health-care team, particularly within the inpatient setting. Koda-Kimble has continued to find new ways for pharmacists to share their unique and deep medication expertise, especially in the outpatient and community settings.

Upon becoming dean, Koda-Kimble sought to better mesh the school’s largely independent departments and to address urgent infrastructure needs. With faculty she developed the school’s first strategic plan, Unleashing Our Potential 2000-2005 and a subsequent plan, Pressing Ahead in New Directions 2007-2012, to guide the school’s actions, prioritize the use of resources, and create a shared and important purpose. She created a strong and vocal school leadership group to help guide and advise her, and established a strong associate dean network, as well as a group of experts from outside UCSF called the Dean’s Board of Advisors.

Koda-Kimble has said that her career has been shaped by her experiences as an Asian-American woman, as a daughter of California Japanese-American rice farmers interned during WWII, as a University of California alumna, as a teacher, and as a patient-care provider. She insists on being called by her first name — by everyone. 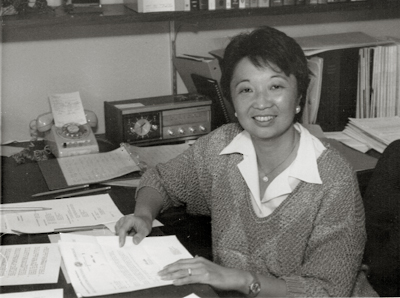 Mary Anne Koda-Kimble, who earned her PharmD degree at UCSF, joined the faculty in the Department of Clinical Pharmacy at UCSF in 1970.

“I’m vocal —I don’t hesitate to say what’s on my mind,” she says. “When you have just four percent of the total number of salaried faculty here at UCSF, you can’t go silent.”

Koda-Kimble is one of just a few pharmacists elected to the Institute of Medicine. She is a member and past president of the United States Pharmacopoeia Board of Trustees and a past president of the American Association of Colleges of Pharmacy. She has served on the California State Board of Pharmacy, the United States Food and Drug Administration’s Nonprescription Drugs Advisory Committee, and the Board of Directors of the Accreditation Council for Pharmacy Education.

The recipient of numerous honors and awards, Koda-Kimble was named the 2010 recipient of the Remington Honor Medal, the profession’s highest honor administered by the American Pharmacists Association. She was selected for the American Association of Colleges of Pharmacy Robert K. Chalmers Distinguished Pharmacy Educator Award, for her excellence as a teacher, her outstanding achievements as a researcher and scholar, and her overall impact on pharmacy education and the profession. In 2008, she received the Outstanding Dean Award from the American Pharmacists Association Academy of Student Pharmacists. 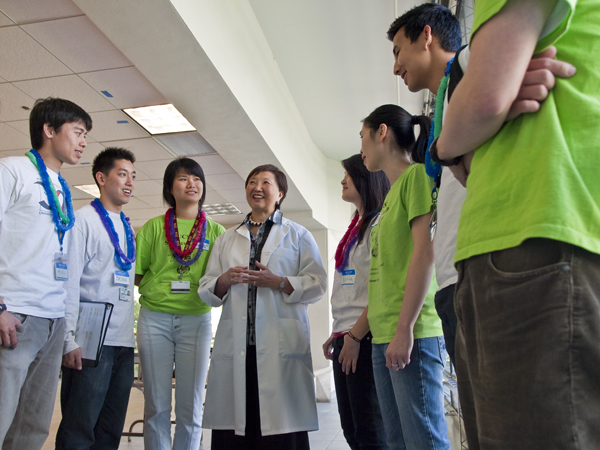