Two doctors who have learned the art of telling stories are convinced that it has become indispensable to top-notch medical care. 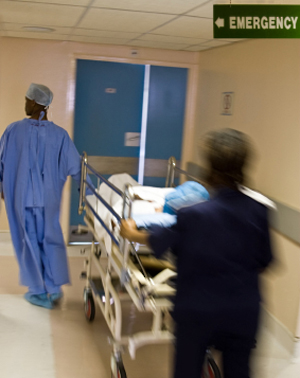 “A slow cultural shift over the past 20 years led by television — from “St. Elsewhere” to “ER” — has been humanizing society’s view of the practice of medicine,” said John Maa, MD, an assistant professor in the UCSF Department of Surgery. “... As physicians, we must now harness the power of storytelling to enlighten Capitol Hill to enact new laws” to support emergency health care personnel.

Maa spoke at Grand Rounds on “The Future of Emergency Care in America: Doctors as Storytellers.” The Jan. 11 lecture on the Parnassus campus took place 37 months to the day that his mother entered a West Coast emergency department, where delays cost crucial hours and possibly her life.

He wrote in the New England Journal of Medicine about the death of his mother, who was admitted with an irregular heartbeat and suffered a massive stroke two days later.

“I was amazed by the response of the nation and even the world,” Maa said.

He was joined in Cole Hall by Neal Baer, MD, executive producer and writer for television’s “ER” and “Law & Order: Special Victims Unit.” His current show is “A Gifted Man.”

“The key to caring well for patients is to learn their stories,” said Baer, whose TV shows have explored everything from AIDS and gun violence to fetal alcohol syndrome and the use of hormone blockers by transsexual teenagers. 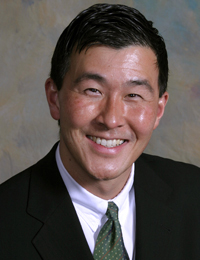 The resounding response to Maa’s article came after pieces in the New York Times and Wall Street Journal. He took a leave to also tell his mother’s story on Capitol Hill and to media outlets, health officials and medical organizations. He listened to other stories as well, visiting more than 50 emergency departments in the United States and meeting with people who’d written to him.

“What was striking was the recurring theme of personal loss they, too, had suffered from an overwhelmed emergency system,” Maa said.

That system will be more deluged than ever when President Obama’s health care reform takes effect, he said. However, Maa is convinced that the crisis in emergency care is “entirely solvable” by attracting young doctors, rewriting legislation and telling powerful stories to help change laws.

Some things are encouraging, he said. More than 400 hospitals have dedicated emergency room surgeons since this model was introduced at UCSF in 2005. The Obama administration has proposed the creation of a General Surgery National Health Service Corp. that would send surgeons to rural America. There is also the progress of Gabrielle Giffords, the Arizona congresswoman shot in the head during a 2011 rampage in Tucson.

“The story of her amazing recovery catalyzed a positive change in perception in Washington, D.C., about the heroism and the courage of emergency physicians and trauma surgeons,” Maa said. 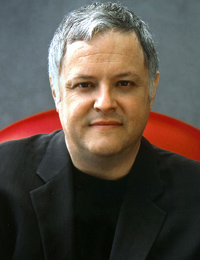 Baer, a longtime advocate for social change, has repeatedly witnessed the difference storytelling can make.

A survey of more than 1,200 “ER” viewers found that 53 percent learned from the show about important health issues and one in seven went to a health care provider because of something they’d seen on an episode.

“I’ve found the best doctors to be excellent storytellers,” Baer said. “They empathize with patients, they listen carefully and they have a knack for asking good questions that can reveal the often hidden cause of a patient’s problems.”

For example, as a third-year-medical student working in a Boston hospital, Baer was mystified by the chest pains of a seemingly healthy 65-year-old runner until he realized he didn’t know the man’s entire story. After scrutinizing the patient’s charts, Baer ordered standard tests that revealed severe anemia, causing stress that triggered a heart attack.

“I’ll never forget that patient because he taught me to tell stories with depth and detail and to look for twists and turns that can reveal stunning answers,” Baer said.

After Grand Rounds, UCSF resident Sierra Matula said, “This is very apropos. The most important thing is to just listen to patients instead of being rushed and hurried. If you let them talk, they’ll tell you exactly what’s going on.”