Enforcing copyright law could potentially interfere with patient care, stifle innovation and discourage research, but using open source licensing instead can prevent the problem, according to a physician – who practices both at the University of California, San Francisco (UCSF) and the San Francisco VA Medical Center – and a legal scholar at the UC Hastings College of Law. 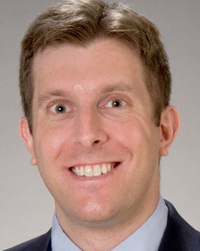 “For a long time, doctors have been able to ignore copyright, but that is changing in a dramatic way,” said John Newman, MD, PhD, of UCSF and SFVAMC.

“The exercise of copyright is creating a threat to basic medical care,” said Robin Feldman, JD, professor of law and Director of the Law and Bioscience Project at UC Hastings.

They discuss the issue in a “Perspective” in the Dec. 29 issue of the New England Journal of Medicine.

The incident that prompted Newman and Feldman’s analysis was the removal from the internet of the Sweet 16, a freely available clinical assessment tool used by physicians to screen patients for cognitive problems. The tool was taken down because of legal action by the creators of a similar tool called the Mini-Mental State Examination (MMSE).

Clinical tools tend to resemble one another, Newman said, “not because their creators are unoriginal, but because the tools are based on the same research and the same science.”

Newman and Feldman recount that in 2000, the creators of the MMSE, first published in 1975 and “the de facto standard for cognitive screening,” began to enforce ownership rights; soon after, they started charging a licensing fee for each copy of the examination. In March 2011, the Sweet 16, which contained comparable types of questions, was removed from the public domain at the request of the MMSE creators. Newman called it “the first case I am aware of where a clinical tool was taken down from publication in an apparent copyright dispute.” The authors of the MMSE have not commented on the case.

Newman said that the incident could have very wide-ranging effects because there are “hundreds and hundreds of tools that we use in medicine every day to make clinical decisions about a patient – from assessing pain to assessing functional status to doing cognitive testing to deciding someone’s risk of a hip fracture – that fall under copyright law.” Their creators “could decide to do the same thing that the authors of the MMSE did – start charging for their use and attempt to shut down the availability of comparable tools.”

The resulting flurry of legal actions would not only affect patient care, but impede the improvement of clinical tools, Feldman said. “Traditionally, in medicine, tests were created, people shared their work, and those who improved the work shared their improvements,” she said. “No one expected fences to be erected around these works, and then a toll charged to cross the fence.”

To prevent such a scenario, Newman and Feldman recommend that the creators of new and existing clinical tools place their works under open source copyright, known colloquially as “copyleft.”

Under open source copyright, explained Feldman, “the author retains all rights to the work, as in traditional copyright, but grants everyone else the right to freely use, modify, copy, and distribute that work, as long as they do so under the same open terms.”

Google, Apple, Facebook and Twitter all make use of open source software within their products, Feldman said. “It’s a very well-developed and well-respected method of protecting copyright while allowing public use and encouraging continual improvement.”

Newman speculated that if open source copyright is not employed in medicine, “In 20 years, we could be in a world where as physicians walk down the hallway interviewing patients, they’re tallying up the licensing fees they need to pay for doing their day’s work, and hospitals are suing each other or making cross-licensing arrangements to manage each other’s intellectual property. It doesn’t make sense in terms of fostering progress and innovation, but it’s a potential consequence of the law.”

Newman acknowledged that the creators of the MMSE “were acting under the law. This is not about the actions of one person or one company, but about how the law applies to our work in medicine. We need to fix the problem on a global scale and change the way we behave, because any one of us might choose to act in the same way.”