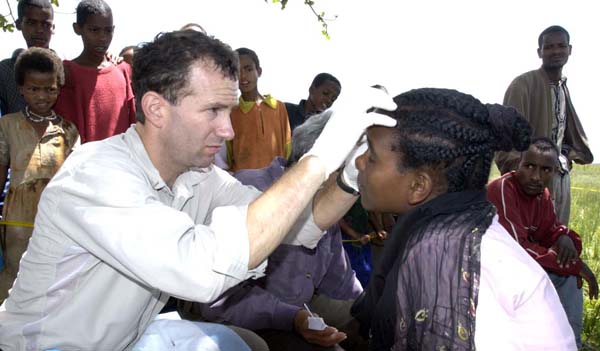 Bruce Gaynor, MD, performs an ocular examination on a patient in Ethiopia, where there is a high prevalence of trachoma, the world’s leading cause of preventable blindness.

A UCSF study shows a popular treatment for a potentially blinding eye infection is just as effective if given annually versus every six months. This randomized study on trachoma, the leading cause of infection-caused blindness in the world, could potentially treat twice the number of patients using the same amount of medication.

“The idea is we can do more with less,” said Bruce Gaynor, MD, assistant professor of ophthalmology at the Francis I. Proctor Foundation for Research in Ophthalmology. “We are trying to get as much out of the medicine as we can because of the cost and the repercussions of mass treatments.”

In a paper published this month in The Lancet, researchers conducted a cluster-randomized trial, using an antibiotic called azithromycin to treat trachoma in Ethiopia, which has among the highest prevalence in the world. They picked 24 communities and randomized the two treatment options: 12 villages were given azithromycin every six months and the other 12 were treated every 12 months. 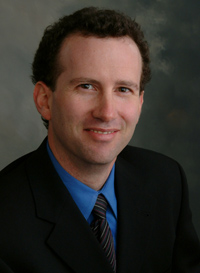 “What we found was the prevalence of trachoma is very high at baseline. Forty to 50 percent of the children in these communities have this condition,” Gaynor said. “They are the most susceptible and it can quickly spread from person to person by direct or even indirect contact.”

Researchers tracked both groups and found the prevalence of infection decreased dramatically.

“We found that from as high as 40 percent, the prevalence of trachoma went way down, even eliminated in some villages regardless of whether it was treated in an annual way or a biannual way,” Gaynor said. “You can genuinely get same with less.”

Their finding is significant because of how easily the disease spreads. Trachoma can be transmitted through touching one’s eyes or nose after being in close contact with someone who is infected. It can also be spread through a towel or an article of clothing from a person who has trachoma. Even flies can transmit the disease.

Approximately 41 million people are infected with trachoma globally, and 8 million go blind because of lack of access to treatment. More than 150 million doses of azithromycin have been given out worldwide to treat this disease. Unlike other antibiotics, resistance to azithromycin has not been found in Chlamydia trachomatis, the bacteria that causes trachoma.

This and the paper’s major finding give hope to Africa, Asia, the Middle East, and parts of Latin America and Australia, where trachoma is still a major problem.

“We will now be able to reach more people and make the treatment go twice as far as before,” Gaynor said. “This will make a huge impact in slowing down trachoma-related blindness globally.” 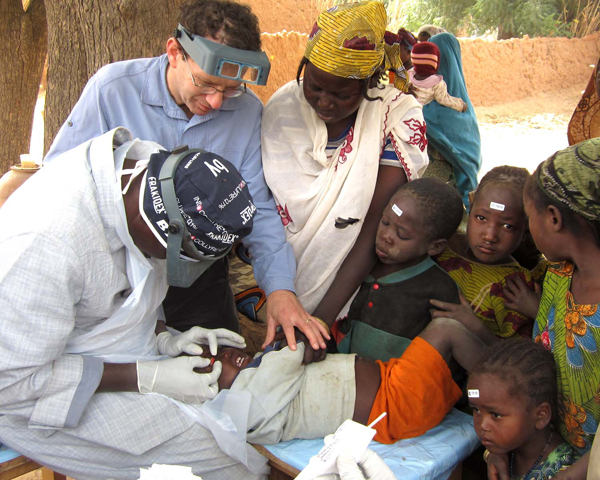 Bruce Gaynor and a colleague examine a young patient in an Ethiopian village.

The study was supported by funds from the National Institutes of Health.