A majority of disabled seniors in a long-term care program wanted their doctors to talk with them about their life expectancy, but only one reported having had such a discussion, in a study by researchers at the San Francisco VA Medical Center and the University of California, San Francisco. 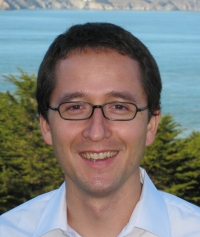 Of 60 elderly patients in a community-based, long-term care program in San Francisco, 75 percent said they would have liked to have had a discussion about their long-term prognosis if their physician felt they had less than a year to live, and 65 percent said they would have wanted such a discussion if they likely had less than five years to live. The patients, with an average age of 78, all had multiple illnesses and disabilities, but none were diagnosed with a specific terminal illness.

Among the most common reasons patients gave for wishing to have discussed their prognosis were wanting to prepare for death, making the most of the time they had left, and making medical or life decisions.

“When physicians bring up prognosis, it’s usually thought of as a health issue, but for the person on the receiving end, the conversation is about a lot more than that,” said lead author Cyrus Ahalt, MA, a geriatrics research coordinator in the Department of Medicine at UCSF.

The study was published electronically on November 30, 2011 in the Online First section of the Journal of General Internal Medicine.

“We’ve made big strides in changing the way that doctors communicate prognosis to patients who have cancer, organ diseases or other terminal diagnoses, but this study shows that we still have room to grow in discussing life expectancy with frail older adults who have poor prognosis simply because of multiple physical or cognitive impairments or old age,” said principal investigator Alexander Smith, MD, MPH, a physician at SFVAMC.

Smith, who is also a Greenwall Faculty Scholar in Bioethics and an assistant professor of medicine in the Division of Geriatrics at UCSF, said that it was important to note that a significant number of the patients did not wish to discuss prognosis for a variety of reasons, including emotional difficulty, the uncertainty of prognosis, and the sense that such a discussion would not be useful.

“Our conclusion is that clinicians should offer to discuss prognosis with frail elders, but not force the discussion,” said Smith.

Ahalt said that while some differences in the patients’ preferences and responses fell along ethnic lines, “everyone we spoke to was unanimous in saying, ‘I don’t want my doctor to make assumptions about me based on my race or ethnicity. I want them to treat me as an individual.’ But at the same time, it may be helpful for clinicians to understand that cultural background matters when you touch on this topic.”

Ahalt said that the study, which consisted of a series of in-depth interviews, was designed primarily to generate more research questions and thus did not investigate why only one patient reported talking about prognosis with a physician. “Our results suggest that we need to talk with larger populations and ask these questions of a broader group of older adults living with late-life disability,” he said.

Co-authors of the study are Louise Walter, MD, and Lindsey Yourman, MD, of SFVAMC and UCSF; Catherine Eng, MD, of UCSF and On Lok Lifeways, San Francisco; and Eliseo J. Perez-Stable, MD, of UCSF.

The study was supported by funds from the National Institute on Aging, the National Center for Research Resources, Atlantic Philanthropies, the Society of General Internal Medicine, the John A. Hartford Foundation and the Association of Specialty Professors. Some of the funds were administered by the Northern California Institute for Research and Education.