As a woman ages, her chances of being diagnosed with a lower-risk breast tumor increase, according to a novel study led by UCSF which found that for women over 50, a substantial number of cancers detected by mammograms have good prognoses. 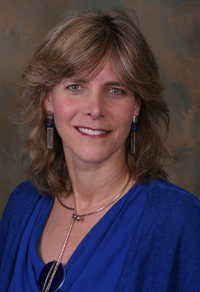 The study provides the first molecular evidence of an increase in low- or ultra-low-risk cancers in the tumors when detected by screening mammography. And it provides a basis for integrating molecular profiling at the time of diagnosis to help avoid overtreatment.

In their research, the UCSF scientists at the forefront of breast cancer biology, in collaboration with colleagues at the Netherlands Cancer Institute, analyzed the biology of tumors detected more than 20 years ago – before the advent of routine mammography – alongside tumors detected five years ago, after widespread screening for breast cancer was implemented. They found that mammography appears to reveal slow- to moderate-growth tumors in the population today.

The article is published in Breast Cancer Research and Treatment.

“A significant number of screen-detected tumors are very low risk,’’ said lead author Laura Esserman, MD, MBA, director of the Carol Franc Buck Breast Care Center at the UCSF Helen Diller Family Comprehensive Cancer Center. “It shows that we have an opportunity to improve care by using molecular predictors to recognize who has these ultra-low-risk or idle tumors, and safely minimize treatment.

“This information should also help inform radiologists and surgeons about how aggressive we should be in recommending biopsy for low-risk abnormalities seen on mammograms. If most of the cancer we find is low risk, then we may very well be able to test a less aggressive approach for the very low-suspicion findings on mammograms that turn out to be benign. Simple follow up may be the better approach.’’

Breast cancer rates have been on a steady rise over the past two decades, particularly among women over 50. The increase has been attributed in large measure to the widespread use of mammograms, as well as changes in population risk factors such as earlier menstruation, later pregnancies, higher alcohol consumption and, until recently, the use of hormone replacement therapy. This rate upswing has occurred in many countries that have instituted population-based screening, but whether it reflects an actual increase in low-risk tumors or the detection of harmless tumors – or both – has been unclear, the researchers say.

Early detection can make a considerable difference in outcomes for some cancers. However, the authors say, critical questions remain about the role of mammography in the increased detection of low-risk tumors. If much of the rate increase is caused by tumors with little potential for malignancy, and if those cancers can be reliably identified, they wrote, “then patients and providers could make informed decisions to avoid treatment that may do more harm than good.’’

The researchers utilized MammaPrint, an FDA-approved diagnostic test used by physicians to gauge the risk that a tumor in the breast will metastasize elsewhere. Illustrating the importance of “bench to bedside’’ medicine in which basic laboratory research leads to practical clinical use, MammaPrint was developed by Laura J. van ’t Veer, PhD, the senior author of the study and leader of the breast oncology program at UCSF’s cancer center.

In their investigation, the researchers focused on three primary questions: Has there been a shift toward the detection of molecularly “good prognosis’’ cancers? Also, is there an increase in the detection of ultra-low-risk tumors, which have an excellent prognosis without treatment, and are these cancers more common in women who have cancers detected by mammograms?

The proportion of poor prognosis tumors varies significantly by age, the authors found, with the likelihood of having a good prognosis growing higher as a woman ages.

The researchers also learned that for women under 40, who are not routinely screened, the likelihood of good or poor prognosis did not differ between the era before widespread screening and the present time with routine screening. Overall, young women are much more likely to have poor prognosis tumors than older women. However, for tumors in patients 49 to 60, when comparing the two time periods, there was a substantial increase in good prognosis tumors for those diagnosed more recently.

“The bottom line is that screen detection should be taken into account when patient treatment is planned,’’ van ’t Veer said. “We can use this information to guide treatment recommendations and as the basis for the development of clinical trials that test the safety of less aggressive treatments for patients with the lowest risk tumors.’’

The study “provides information that will allow us to improve screening,’’ the authors conclude. “Not only can this help us to guide the use of risk stratifying tools to avoid overtreatment, but it should also enable us to reset thresholds for biopsy for very low-risk mammographic lesions.’’

The scientists are currently working to validate the findings in two studies, including a European clinical trial for about 2,500 women diagnosed with early stage breast cancer. Additionally, the Athena Breast Health Network, a collaboration among the five University of California medical campuses through which some 150,000 women in California will be screened for breast cancer and tracked for decades, “will give us the opportunity to evaluate California UC patients,’’ said van ’t Veer.

The mammogram study was supported by the Early Detection Research Network and  the Cancer Genomics Center of the Dutch Genomics Initiative. Yiwey Shieh, a UCSF medical student and co-first author, was awarded a UCSF Dean’s Medical Student Summer Research Fellowship which allowed him to travel to the Netherlands to work on the project.