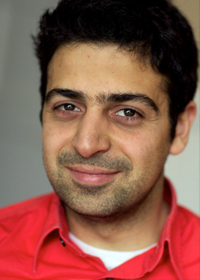 UCSF scientists Mozziyar Etemadi, an MD/PhD candidate in Bioengineering, and James Fraser, PhD, a postdoctoral scholar in structural biology, are featured in Forbes magazine’s first ever “30 Under 30” list of rising stars in science and innovation.

“These are the people who aren't waiting to reinvent the world,” the editors wrote in the special edition, posted Dec. 19, 2011. They are “making a difference right now.”

Etemadi, 25, a graduate student in the Department of Bioengineering & Therapeutic Sciences, was recognized for developing a device that detects pre-term labor in high-risk pregnancies and alerts the patient’s physician via a cloud database. He received the 2011 mHealth Alliance Award for this work. More broadly, Etemadi is focused on designing pediatric biomedical devices and biomedical instruments to enable doctors to monitor patients’ progress in their homes or remote clinical settings. 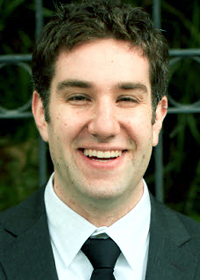 Fraser, 29, a fellow in the Department of Cellular & Molecular Pharmacology, was recognized for using computation and biophysics to discover mutations that cause disease. One of 10 recipients to date of the National Institutes of Health's prestigious Early Independence Awards, in honor of his “exceptional scientific creativity and productivity,” he developed methods to study the molecular structure of proteins – the most important element in determining how, or whether, that protein will work in the body. Those methods have vast applications in research and drug discovery and are now being used, among other research, to study drug resistance among people infected with HIV.

The list is one of 12 that Forbes editors compiled of innovators in different fields, from food and wine, to art and design, to finance, law and policy.

The science and technology list, assembled with input from geneticist and cardiologist Eric Topol of the Scripps Research Institute, physicist Lisa Randall of Harvard University, and genomics technologist Stephen Quake of Stanford, was culled from hundreds of nominations.

Rising Stars of Science: The Forbes 30 Under 30

Wanna Be Famous? Science Says Get There By Age 30