At hospitals and clinics across the nation, chances are good that people with HIV/AIDS seeking treatment will meet with their doctors in outpatient settings – going to scheduled appointments for what have become routine visits.

Chances are also good that when an HIV-positive patient seeks treatment, they are seen by doctors who have worked for decades on the front lines of this disease. 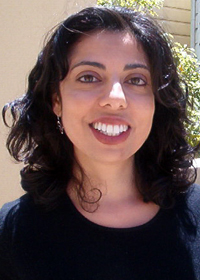 Many began practicing in the early 1980s, fresh out of medical residencies or infectious diseases fellowships, as the epidemic first broke onto the world stage.

“Most of the infectious disease doctors in the 1980s got into HIV because it fell on our shoulders,” said Howard Edelstein, MD, a doctor at the Alameda County Medical Center in Oakland who began to specialize in HIV/AIDS care at the end of this first wave in the late ’80s. “It’s been the same doctors for a long time.”

But things may change dramatically in the coming decade as many of these longtime AIDS doctors and nurses retire, according to Monica Gandhi, MD, MPH, an associate professor of medicine at UCSF’s Positive Health Program. “This looming workforce shortage is serious, and we are worried,” she said.

As education director of the UCSF HIV/AIDS Division, Gandhi and her colleagues are working to head off this looming shortage, devising ways to attract and train the next generation of doctors to specialize in HIV/AIDS medicine.

Their motivation to train a new generation of HIV/AIDS practitioners is based on the simple premise that excellence in care follows expertise in that area of care.

“When you do the same thing every day all day long, you just become better at it,” Gandhi said. Study after study in several fields of medicine has shown that the more your provider knows about your disease, the better your outcomes, she added.

The Difficulty of Practicing HIV/AIDS Medicine

Gandhi could be considered a second-wave AIDS doctor. She went to Harvard Medical School in the early 1990s and completed her residency and infectious disease training at UCSF in the late ’90s.

When she began practicing medicine at UCSF and SFGH, she entered a field dominated by the first wave. Now a veteran physician herself, she is increasingly aware that so many of her colleagues will be reaching retirement age in the next decade.

Nobody knows fully how many HIV/AIDS specialists will retire in the coming years or what this shortage will mean for the field, but Gandhi remains confident that people with HIV/AIDS will continue to receive good treatment. Hospitals and clinics will find ways to help their patients, she said.

Nonetheless, the looming retirements may increase caseloads for doctors who specialize in HIV/AIDS treatment and, as a result, make the specialty even less attractive for young doctors.

It’s a specialty that already has trouble competing with more lucrative specialties. Infectious diseases in general and AIDS in particular rank among the lowest paying medical professions for the amount of training required.

HIV/AIDS medicine also demands extraordinary commitments from its practitioners because the disease so often disproportionately affects the disadvantaged and disenfranchised. Large numbers of patients in urban areas are poor and often bring with them the complicating effects of psychological problems, psychiatric disorders, substance abuse, homelessness, and both job and food insecurity.

Often patients struggle to pay for their treatment – creating problems for their doctors as well. According to Edelstein, the Oakland physician, Bay Area patients who have insurance sometimes have to fight with their insurance companies, even to the point where they struggle to be reimbursed for prescriptions.

“It’s a very expensive illness to treat,” Edelstein said. “We’ve had many people with treatment interruptions."

The Paradox of AIDS Medicine

In fact, it is not even clear that HIV/AIDS medicine is truly a specialty. Since the disease is primarily treated on an outpatient basis, many who specialize actually are trained in general internal medicine. Its specialty nature arises from the complicated drug combinations that doctors must master and all the opportunistic infections that must be countered.

Therein lies the paradox. The phenomenal successes of modern antiretroviral drugs developed in the 1980s and 1990s have been so successful at keeping people alive and healthy that they have transformed the practice of HIV/AIDS medicine in this country from one focused on acute critical care to one focused on managing medicines for a largely chronic condition.

Much of the time, said Edelstein, “Patients come in, they are taking their medicines, and there is really nothing to discuss.”

But the success of these drugs also has made it harder for new doctors to receive training. The better the medicines, the healthier the patients, and the less time doctors spend treating AIDS-related illnesses and complications, at least in the inpatient setting.

“We used to see 50 cases of everything,” said Edelstein. “The younger doctors don’t have that experience.”

Yet doctors cannot forgo this training altogether. They still need to know how to respond quickly and correctly to any given AIDS-related illness that arises. Even a properly managed case of the disease can turn quickly if the virus rebounds.

As the number of antiretroviral drugs and drug combinations providers have to know has grown, new doctors treating HIV/AIDS patients find themselves grappling to master a complicated sub-specialty in managing medications and drug-to-drug interactions.

Yet even there it is difficult for UCSF medical students and residents to learn from the best and master the discipline. Since so much of student and resident time is spent in the hospital and since competing demands dominate their outpatient time, trainees simply are not seeing as many HIV/AIDS patients as they did early on in the epidemic.

“As a medical resident, you don’t see HIV patients in the outpatient setting for the most part,” said Damon Francis, MD, who was a chief resident at SFGH before doing a one-year fellowship at the East Bay AIDS Center in Oakland, CA, to get his specialty training in HIV/AIDS medicine. His fellowship was funded by the HIV Medical Association.

A lack of training opportunities for motivated medical students and residents is exactly what Gandhi and her colleagues are addressing.

“Our desire is to train more people on HIV medicine at this premiere HIV institution,” she said. They have started programs to take doctors and train them extensively in HIV medicine for one year – the amount of time, Gandhi estimates, it takes to be fully exposed to the many medications and drug combinations the modern HIV/AIDS doctor needs to know.

One of these programs, an HIV fellowship the division started a half-dozen years ago, currently is stalled by lack of funding. The fellowship was established by Diane Havlir, MD, the chief of the HIV/AIDS division at SFGH and a UCSF professor of medicine, and Brad Hare MD, an associate professor of medicine at UCSF and medical director of the UCSF Positive Health Program at SFGH’s Ward 86. The fellowship was directed in the past by Meg Newman MD, a professor emeritus and a master clinician within the division.

“We are trying desperately to find money for this fellowship,” Gandhi said, “and we would welcome any suggestions with open arms.”