That’s the finding of a new UCSF-led analysis of quality of care at nursing homes around the country. It is the first-ever study focusing solely on staffing and quality at the 10 largest for-profit chains. 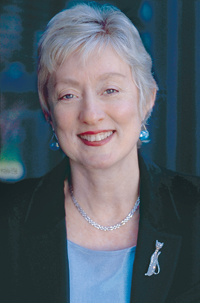 The article is published online in advance of print publication in Health Services Research.

“Poor quality of care is endemic in many nursing homes, but we found that the most serious problems occur in the largest for-profit chains,” said first author Charlene Harrington, RN, PhD, professor emeritus of sociology and nursing at the UCSF School of Nursing. Harrington also is director of the UCSF National Center for Personal Assistance Services.

“The top 10 chains have a strategy of keeping labor costs low to increase profits,” Harrington said. “They are not making quality a priority.”

In recent decades, nursing home chains have undergone a considerable expansion. A number of chains were publicly-traded companies until the early 2000s, when five of the country’s largest chains went bankrupt. Following restructuring and ownership changes, as well as increases in Medicare payments, the largest chains became more financially stable. More recently, some of the largest publicly held chains were purchased by private equity investment firms, which invest funds received from investors, with whom they share profits and losses.

The researchers compared staffing levels and facility deficiencies at the for-profit chains to those at homes run by five other ownership groups to measure quality of care. The 10 largest chains were selected because they are influential in the nursing home industry and are the most successful in terms of growth and market share.

The study found that for-profit homes strive to keep their costs down by reducing staffing, particularly RN staffing.

Recent Medicare cuts in payment rates for nursing home residents – by 11 percent in October, 2011 – may further jeopardize the health and safety of residents if the chains respond by reducing staffing and wages, Harrington said.

From 2003 to 2008, these chains had fewer nurse “staffing hours” than non-profit and government nursing homes when controlling for other factors. Together, these companies had the sickest residents, but their total nursing hours were 30 percent lower than non-profit and government nursing homes. Moreover, the top chains were well below the national average for RN and total nurse staffing, and below the minimum nurse staffing recommended by experts.

The authors said that more study is needed on the subject. They also said that greater accountability and quality oversight mechanisms would help improve nursing home care, along with effective funding incentives and sanctions for low staffing and poor quality.