The UCSF “D’Vice Squad,” a group of innovators from across the Bay Area, has drawn from diverse disciplines over the last two years to develop medical devices for children. 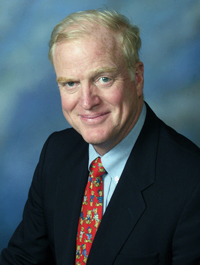 Now the squad’s hard work has been rewarded with a $1 million grant from the U.S. Food and Drug Administration (FDA) to expand its work over the next two years.

The team of physicians, engineers, scientists and others is also known by the less flashy name of the Pediatric Device Consortium. The team isled by Michael Harrison, MD, director emeritus and co-founder of the Fetal Treatment Center at UCSF Benioff Children's Hospital, and UCSF bioengineer Shuvo Roy, PhD, an associate professor in the UCSF School of Pharmacy.

“Many times in academic engineering or basic science our focus is the outcome of the next paper or the next grant proposal,” said Roy. “But the consortium is all about improving the health of children. We are focused on really forming a collaboration that results in devices that clinicians can take back to their patients. It’s about making something that can be implemented.”

The FDA's Pediatric Device Consortia Grant Program was launched in 2009 under a mandate from Congress to stimulate development and availability of medical devices for children. Pediatric device development lags five to ten years behind development of adult devices, due to the typically small markets and lack of investment opportunities. 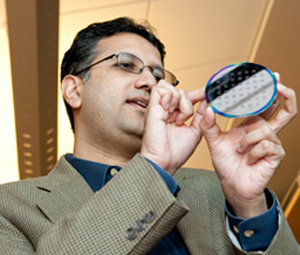 UCSF was one of the program’s original four awardees in 2009, along with the University of Michigan, Children’s Hospital Boston and Stanford/SRI. UCSF’s consortium is an inter-school collaboration that supports translational projects involving an extremely diverse cross-section of the University, including bioengineering, QB3, pediatric surgery, neurosurgery, nephrology, orthopedic surgery, information services, mobile health and the Office of Technology Management.

At the heart of the program are the Pediatric Device Consortium’s twice weekly “think tanks.” Clinical and scientific innovators, engineers and medical device industry experts from across the Bay Area convene at the UCSF Mission Bay and Parnassus campuses to discuss devices under development and brainstorm new ideas, often turning around prototypes in a matter of weeks to months. The funding helps foster these cross-disciplinary collaborations from inception to execution, including engineering drawings, prototyping, testing, and addressing regulatory and intellectual property needs.

“We’ve really grown our meetings over the first two years and have been wildly successful in terms of the process and getting engineers and clinicians together,” said Harrison. “Having a regular forum for problem solving allows us to be extremely productive and we’ve invented several devices. Because we’ve succeeded in both setting up the structure and in driving projects through, we got the funding for another two years.”

One of those devices is the Magnetic Mini-Mover used to correct sunken chest, one of the most common chest wall deformities in children. Currently, in FDA clinical trials, the Mini-Mover gradually reconfigures the child’s chest using two rare earth magnets – one surgically implanted on the sternum and the other worn externally in a chest brace.  As the magnets are slowly drawn together, the chest wall reforms to its normal position within a two-year period. The procedure is significantly less invasive than the current standard operation, which requires up to a week’s stay in the hospital and a painful recuperation.

The team is also engineering a mobile health device that will be used in conjunction with the Mini-Mover, among other devices. The Bluetooth-based wireless monitor contains a sensor that measures the pressure being exerted by the magnets and transmits that information wirelessly.

“The magnet on the brace is attached to the electronic monitoring system,” explained Roy. “The monitor measures the force being exerted and sends that information to a cell phone which then goes to the [information] cloud and then to the doctor.” The real time updates from the device allows for compliance monitoring – whether the patient is wearing the brace and for how long – which can be a challenge with pediatric patients. But challenges don’t daunt this team.

“The beauty of this group is its spirit of team work and emphasis on producing solutions quickly,” said Roy. “It’s not discovery science. We know the right pieces and we focus on integrating them into a usable device. It’s a true collaboration between surgery and bioengineering and there is a strong sense that each side is equally essential. That sentiment opens up a lot of enthusiasm from the engineers because they get to see their work leading to actual benefits for patients. And from the clinician’s perspective, they’re getting the best in innovation.”

Harrison agrees the unusual pairing between an engineer and a physician has created the recipe for real problem solving. “I bring a clinical background and Shuvo brings expertise in bioengineering.That means that we know the clinical problems and have the engineers and technical people to develop the solutions. It’s a spectacular enterprise.”