Harold C. Sox, MD, an active professor emeritus of medicine at Dartmouth, will talk about comparative effectiveness research as part of the 2011 Eisenberg Legacy Lecture at UCSF. 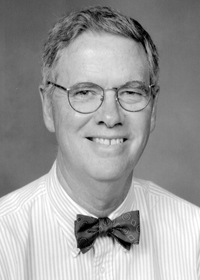 The UCSF community is invited to attend the lecture to be held on Monday, Nov. 28, from 3:30 to 4:45 p.m. in Health Sciences West, room 301, on the UCSF Parnassus campus. A reception will follow.

Sox is a leader in translating medical evidence into recommendations for best clinical practice. He is an expert in applying the principles of medical decision-making to patient-centered care.

An internist, he chaired the Department of Medicine at Darmouth Hitchcock Medical Center for many years and thens served as editor of the Anals of Internal Medicine. In 2009, he led an Institute of Medicine committee tasked with setting national priorities for comparative effective research.

Sox graduated from Stanford University (B.S. physics) and Harvard Medical School. After serving as a medical intern and resident at Massachusetts General Hospital, he spent two years doing research in immunology at the National Institutes of Health and three years at Dartmouth Medical School, where he served as chief medical resident and began his studies of medical decision making.

He then spent 15 years on the faculty of Stanford University School of Medicine, where he was the chief of the Division of General Internal Medicine and served as director of ambulatory care at the Palo Alto VA Medical Center.

In 1988, he returned to Dartmouth as chair of the Department of Medicine, where he is now active emeritus professor of medicine at Dartmouth Medical School.

He was elected to the Institute of Medicine of the National Academies in 1993 and to fellowship in the American Association for the Advancement of Science in 2002. His books include Medical Decision Making, Common Diagnostic Tests: Selection and Interpretation, and HIV and the Blood Supply: an Analysis of Crisis Decisionmaking.